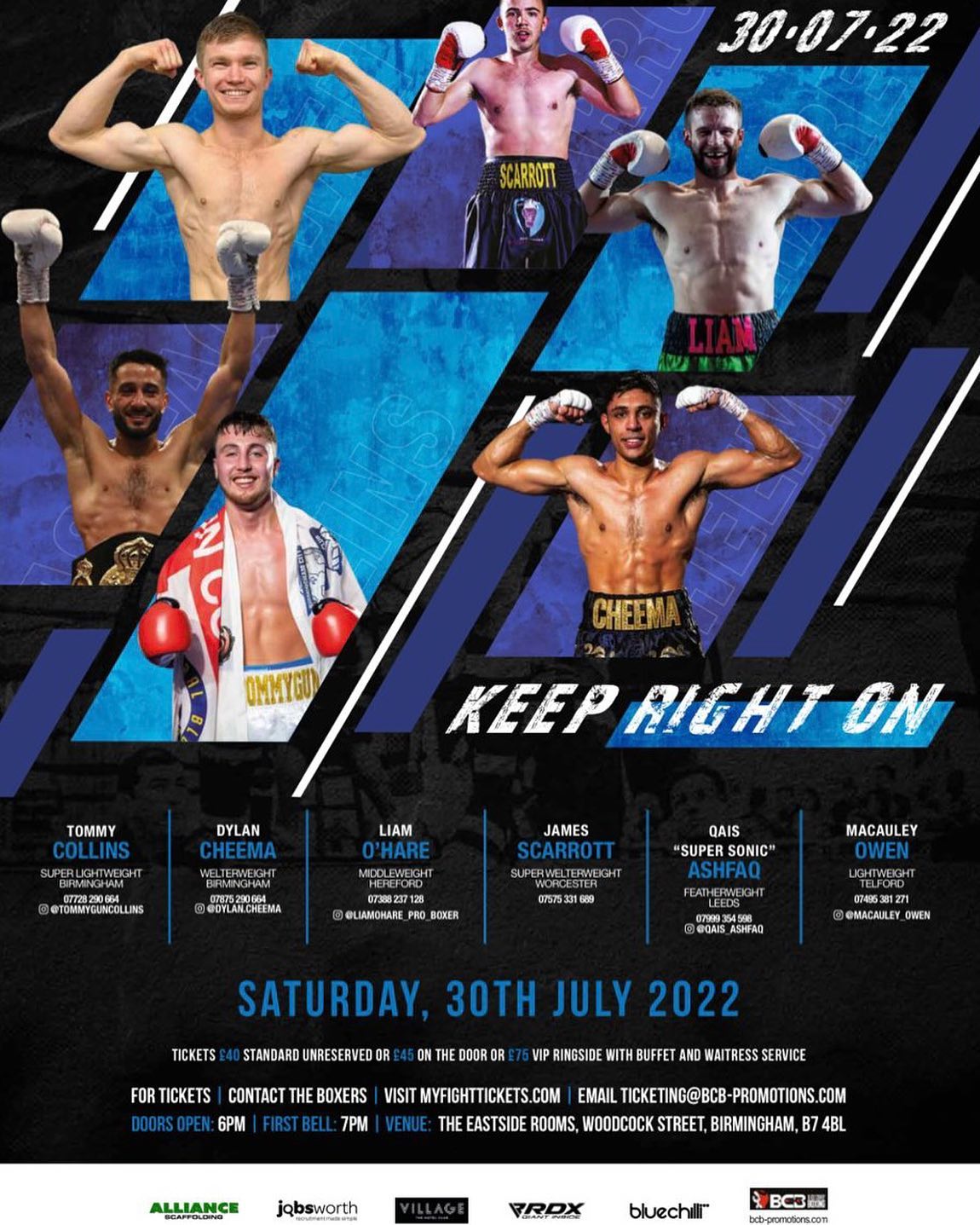 Preview: Ashfaq and Cheema return in Birmingham this evening

Black Country Boxing Promotions return to Birmingham’s Eastside Rooms this evening with a night of professional boxing headed up by the return of Rio 2016 Olympian Qais Ashfaq (9-1-0, 4KO). The Yorkshire man fights for the first time in eighteen months and for only the second time since his shock defeat to Marc Leach in October 2020 as he looks to regain some momentum among the British super-bantamweight scene. Alexandru Ionita (7-13-1, 5KOs) of Romania will be the opponent in the Midlands in a six-round bout for what Ashfaq will hope to be the first of a multitude of fights between now and the end of the year.

Coventry lightweight Dylan Cheema (6-0-0, 1 KO) also returns tonight in Birmingham as his professional development continues. Despite only having six pro fights, Cheema shot to the forefront of British boxing when he won the BOXXER Lightweight Series tournament in his home city of Coventry in April, successfully overcoming the likes of Otis Lookham, Scott Melvin and Rylan Charlton at the Skydome Arena. Last time out, the twenty-six-year-old edged past Stu Greener in a four-round contest which at times reminded onlookers of the inexperience of the Coventry man, and any rounds banked tonight against Anto Natic will prove valuable as he continues to grow at 135-pounds.

Super-lightweight Tommy Collins (5-0-0) is also set to feature in a six-round contest versus Chris Adaway (10-74-4, 1KO), while John Connors clashes with Luke Middleton over four rounds. Hereford’s Liam O’Hare (3-0-0) returns at super-welterweight against George Rogers over six, and Worcester’s James Scarrott (1-0-0) makes his second professional appearance in a four-round bout versus Paul Scaife.