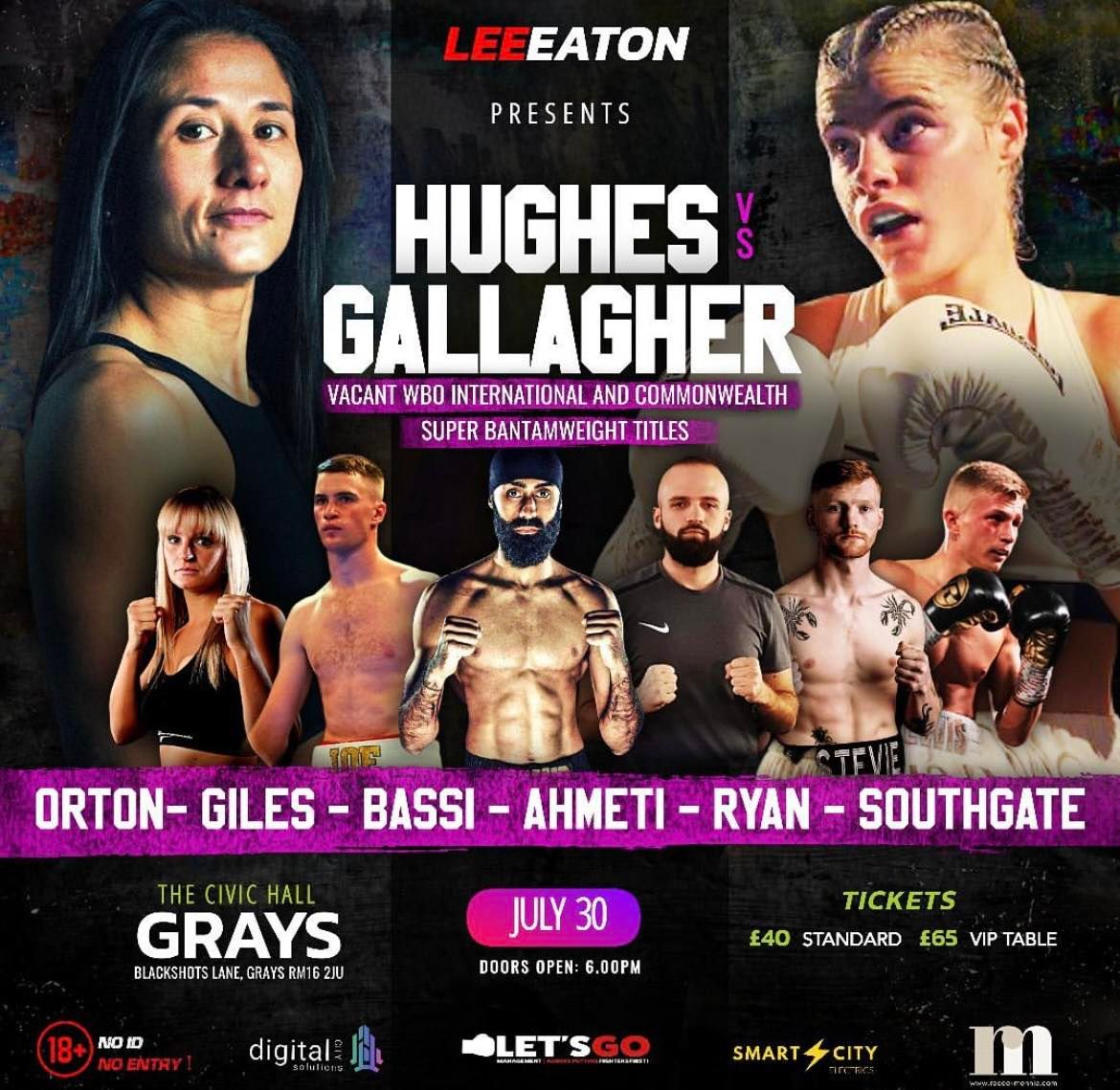 Preview: Hughes eyes up Commonwealth strap versus Gallagher in Essex

Super-bantamweight prospect Nina Hughes (2-0-0, 1KO) looks to pickup the Commonwealth title in just her third professional outing versus fellow undefeated prospect Tysie Gallagher (4-0-0) in Essex tonight. Hughes made her professional debut in December last year, while Gallagher first entered a pro ring two months earlier. Both fighters have barely put a foot wrong so far early on in their careers and look to land their first major title before kicking on to higher levels.

The vacant English Cruiserweight title is also on the line on the undercard at the Grays Hotel between contestants Iain Martell (11-0-0, 5KOs) and Luke Watkins (15-2-0, 10KOs) respectively. Both men boast impressive knockout records to date and have already picked up major titles so far with Martell winning the Southern Area title in 2020 while Watkins held the Commonwealth strap between 2017 and 2018 before surrendering it to Lawrence Okolie in a third-round stoppage defeat. There is no doubting that Watkins possesses the better experience of the two having fought at a higher level against the aforementioned Okolie as well as also losing to Isaac Chamberlain four months later, but it is Martell who has the momentum after winning all of his eleven contests so far.

Lee Eaton promotes this evening’s card at the Grays Hotel.