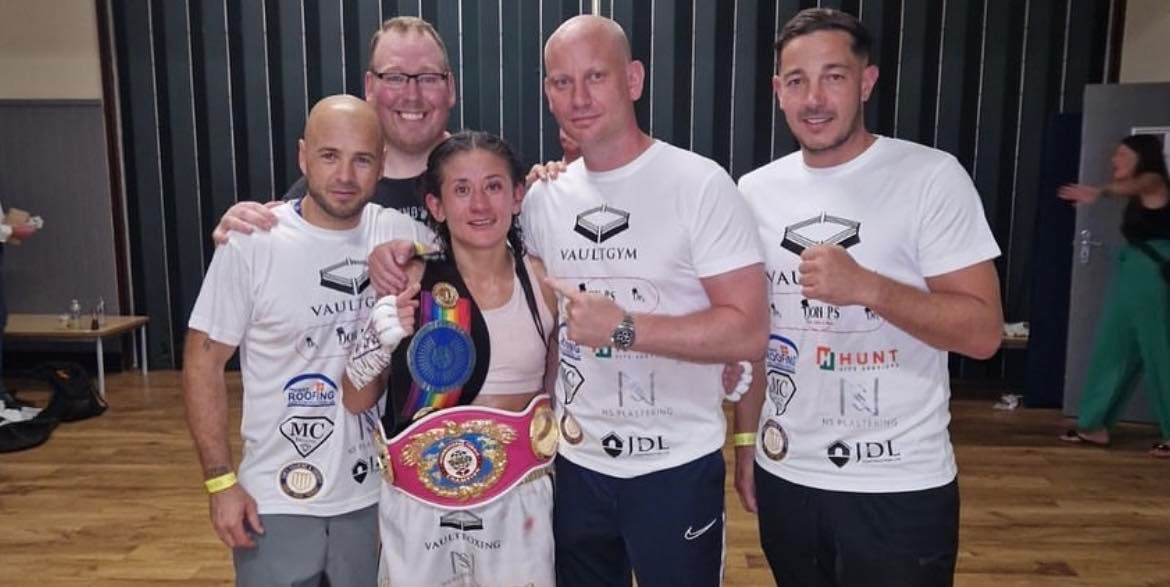 Essex’s Nina Hughes became the new super-bantamweight Commonwealth champion in just her third professional outing on Saturday with a ten-round majority decision points victory over Leeds’ Tysie Gallagher. It was a tight affair between the two undefeated prospects, but it was Hughes who the three judges felt had done enough to pickup the vacant strap by scores of 97-93 and 96-94 respectively. The third judge scored the fight a draw by a score of 95-95.

Hughes has impressed so far as a professional, winning four out of four including a second-round stoppage of the tough and resolute Bec Connolly in April. Gallagher meanwhile can no doubt come again despite suffering her first professional defeat, and both fighters should be afforded immense credit for jumping into such a competitive match-up so early on in their careers.

Luke Watkins proved that experience carries weight as he stopped the unbeaten Iain Martell inside six rounds to pickup the vacant English title up at cruiserweight. Despite the two losses on the former’s record compared to the unblemished one of Martell, Watkins had fought at a much higher level against the likes of Lawrence Okolie and Isaac Chamberlain and added the English belt to the Commonwealth he previously held from 2017 to 2018.

The rest of the card at the Civic Hall also saw 154-pounder Aram Arimkhanyan move to 14-0-1 with a wide eight-round points victory over Octavian Gratii, while Inder Bassi outpointed Justin Menzie at welterweight.