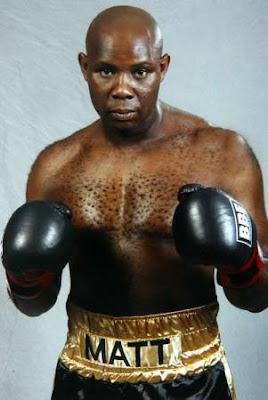 Former World Heavyweight Title challenger Matt Skelton returned to the ring on Friday night with a fifth round TKO win over journeyman Lee Swaby.
The former British, Commonwealth and European Champion looked fired up for the six-rounder and was all over Swaby from the first bell.
The Bedford man picked up his first win since December 2008 knocking Swaby down in the fifth and there was no way back for the Lincolnshire brawler.
At the age of 43, Skelton is hoping to move quickly towards another crack at the British Title and obviously feels his has something to offer the British Heavyweight scene.
Before his latest triumph, Matt had lost four out of his last five bouts. One of which was a WBA Title challenge against Ruslan Chagaev, which he lost on points unanimously.
It remains to be seen whether Skelton can get back to his hey-day which saw him beat the likes of Danny Williams, Michael Sprott and John McDermott and become a Heavyweight force.
He will surely be looking towards the likes of Tyson Fury and Derek Chisora as he aims to once again challenge for major honours on the domestic scene. By Phil D Jay