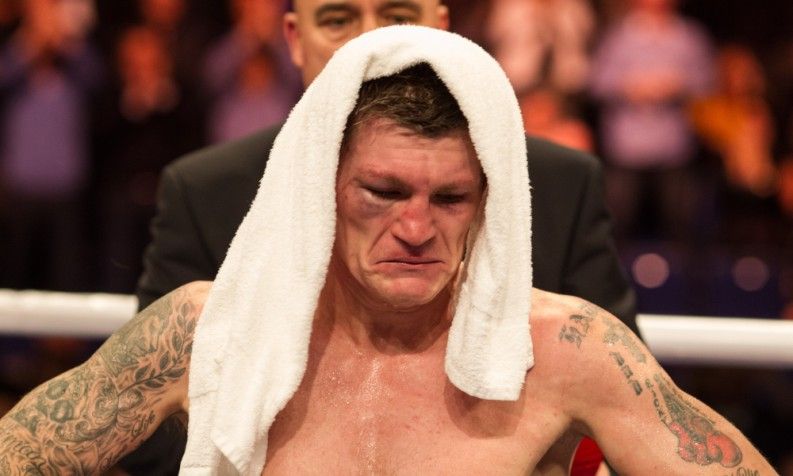 Lennox Lewis has offered his support to Ricky Hatton today and told the Mancunian to ‘hold his head high! After the ‘Hitman’ announced his retirement from fighting.

The former two-weight world champion returned to the ring on Saturday after a three-and-a-half year layoff to fight Ukraine’s Vyacheslav Senchenko, but his comeback ended in the ninth-round after failing to beat the count after being dropped by a body shot.

Ricky was inconsolable straight after the fight, but found clarity in his thinking half an hour later when he confirmed he will now finally retire from the game. Today Hatton reiterated his decision in a message to his fans when he said; “Well, last night didn’t go to plan I really wanted a happy ending but it wasn’t to be. I would like to thank my team at Hatton promotions and Bob Shannon my trainer for everything they did for me on this long road back. 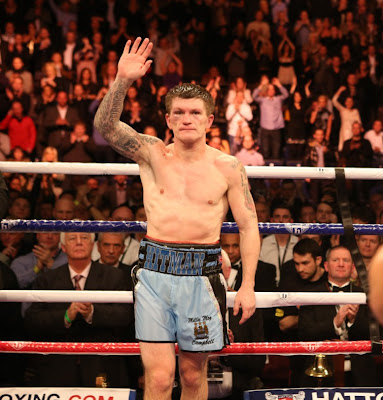 “If you’re not aware last night at the press conference, I retired once and for all from boxing. Last night I came to find out if I still had it at world level, I haven’t! Redemption is what I wanted and that is what I got, I needed to find out.

“I am heartbroken but like I said before the fight, win lose or draw I can retire a happy man.

“The atmosphere the fans created last night was sensational again, so I extend a huge thank you to each and every one of you. I am so so sorry, It isn’t there anymore. But I can retire happy. I have the answer I needed.” 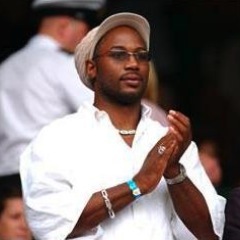 “I’ve always got love for him. I feel he’s got a lot of good people around him and I don’t think he’s going to fail in anything he does. He has to hold his head high.

“I hope that he came away with some good things because it’s very important we have to improve upon ourselves all the time and think positively.”
Hatton’s struggles since his 2009 defeat by Manny Pacquiao have been well documented, with the 34-year-old battling drink and drug problems and sliding into a depression that left him suicidal and at his lowest point.
But Hatton is confident he will not return to the bad old days this time and plans to keep in shape and be a role model to the fighters he now trains, manages and promotes.
“Hopefully he’s learned from all those bad things that happened and he can go forward and lead a better life. I think he should be all right.” added Lewis.
“We step in and we want to be great athletes but every athlete knows there’s always a B plan, always something to do after.”