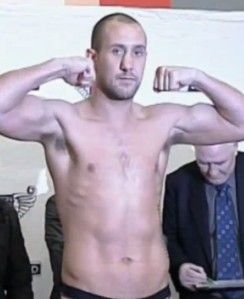 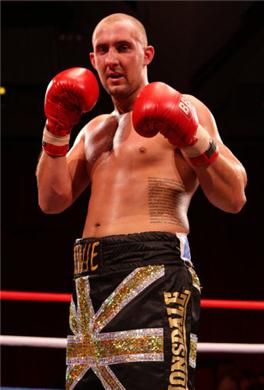 British cruiserweight champion Jon Lewis Dickinson will make the second defence of his title against Southport’s Mike Stafford tonight at the Rainton Meadows Arena in Houghton.

Dickinson, 26, from Birtly, won the belt in October last year when he outpointed Shane McPhilbin. Then this february gone, the champion made a successful first defence against David Dolan, again winning on points over the championship distance.

A win tonight against Stafford, will leave Dickinson (13-2, 3KOs) just one defence away from owning the coveted Lonsdale belt outright. But Stafford who is believed to be in the best shape of his career will be a tough nut to crack.

Stafford, 31, has won 11 of his 12 fights, only losing a debatable 4 rounder on points in 2009 against Billy Boyle. Since then he has won 5 fights on the turn and goes into his challenge with a strong training camp behind him under the wing of new trainer Karl Ince.

Stafford is known to like a fight and has stated in the build up,  that he intends; ‘to push himself to the limits,’ taking the fight to a champion, who he respects, but knows that a win will ‘put him on the map’

This fight could be a cruiserweight war and Dickinson knows that all too well and is prepared accordingly. “Stafford’s got a good record and obviously he’s coming to win, no one who gets a crack at a British title takes it lightly. Dickinson told the Sunderland Echo.

“But I’m really fit, the training has gone well and I only took a week off after going 12 rounds with Davey Dolan because I like to stay in the best shape I can.

“They say Stafford likes to come to fight and take it to his opponents, but that doesn’t bother me, in fact, I prefer it.

“My most difficult fights have always been the most tactical ones where your opponent is not looking to take you on.

“That was what was so great about the Dolan fight – a lot of it was toe-to-toe and I loved that.

“Davey had come to win and it was great to be trading punches. I think the crowd loved it too and that’s why I really don’t mind it if Stafford is coming up here to try to get in my face.

“Either way, it’s going to be a good fight, and I’m just glad to have the home crowd behind me.

“I think they’re going to have a great night’s boxing, and I’ll determined that they’ll see me make a successful second defence of my title.”

A few tickets still remain for the show and anyone interested in going, should contact the promoters on 07747 611 020.