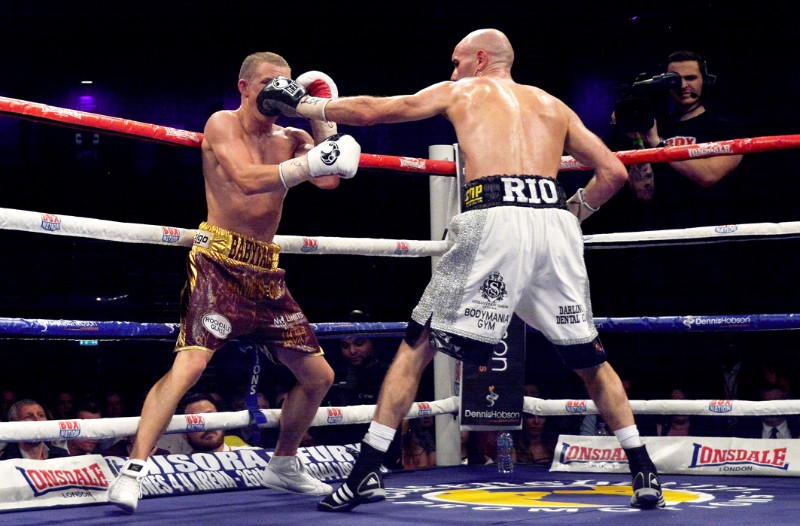 Hall, making the second defence of his IBF bantamweight crown, faced Ellesmere Port’s Butler in front of a feverish crowd, and the contest lived up to all the pre-fight hype, albeit with an ultimately controversial verdict.

Darlington’s Hall, the bigger of the two, looked to impose his strength and appeared to land the bigger shots during the battle, often knocking Paul’s head back with jabs.

Butler started fast and threw punches-in-bunches but, for all the eye-catching combinations, wasn’t able to halt the forward march of the champion.

With plenty of shots hitting gloves, and some excellent evasive work from both, opinion was spilt at ringside.

Ultimately, Butler prevailed and travelled back to the Northwest with the world title belt after picking up a contentious split decision verdict.

Two judges called it for Hall and Butler 115-113; while the third, Denmark’s Berit Andreasen, had a controversially wide 117-111 score for the new champ.

“It’s a really disappointing way to lose my title,” said Stuey the morning after. “I’ve watched it back and thought I had it, and I’ve had loads of messages saying the same. The challenger has to come and take the title and I thought I’d done enough.

“I had a strategy that demonstrated the power and accuracy of my shots, and I really started to show this after the first few rounds. Paul’s a talented fighter, but after the power of my shots I doubt he’ll give me a rematch.

“It was another great night of boxing in Newcastle,” said Hobson. “There were some cracking bouts, even if some of them, Stuey and Jon-Lewis Dickinson’s, didn’t go the way many people thought, for different reasons.

“I thought the headliner was tremendous and must’ve been a great TV fight. l had Hall edging it as did plenty of others. It was a terrific bout, only let down by the scoring. I don’t know what the third judge was was watching, but her scoring has cost Stuart his title.

“Paul is a talented fighter though and we wish him well. Stuart is a young 34-year-old. He’s a warrior and is always in fantastic fights, and we’ll look to move him back up to the top as soon as possible.