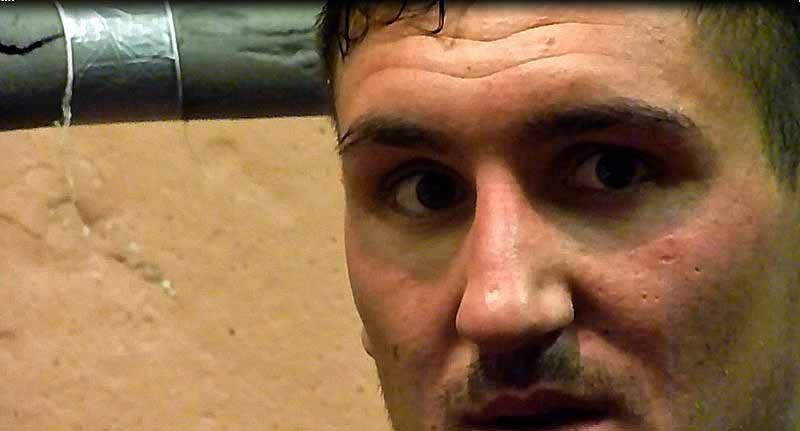 New English Champion Askin has his eye on the British Title

Matty Askin took the English Cruiserweight title off China Clarke with a points decision in Blackpool on Saturday night. Judges scored the 10 rounder; 99-91, 98-92, 98-92 all in unanimous favour of Askins, who was gambling his whole future on winning the fight.

Beforehand Askin’s had stated; “It’s all or nothing for me and if I fail this time then it’s game over.” – Using that motivation of failure and certain retirement, Askin’s grabbed the belt to get his career right back on track.

Askin’s, 24, boxed for the first few rounds like a man who had put that pressure on himself, but he was fully focused and in control of his work at all times. Neither fighter wanted to commit though and the spectacle became a cautious affair. At the midway point Askin’s started to put his punches together better, building up a steady lead. – Then the challenger stamped his authority on the fight, and in the 7th dropped Clarke with a quick combination of punches. Clarke, 34, from Leeds beat the count and did his best to hang onto his title, but Askin’s cruised home to victory to become the English champion at the second time of Asking.

“It’s a fantastic feeling to become the English champion. I’m very proud to win another title for Blackpool,” said a delighted Askin’s after the fight.

“The plan was to win the first six, whatever the cost, not to do anything daft before sinking to the body and bringing the uppercuts in,”

“I am quite a big cruiserweight, but Clarke was huge. He could punch as well and I have a massive lump on the back of my head where he kept catching me.

The Blackpool man is now eyeing a shot at the British title, currently held by old foe Jon-Lewis Dickinson. Askin was outpointed by Dickinson in April last year in his first challenge for the English strap. That fight was also a British cruiserweight title eliminator and Dickinson then won the British belt in his next contest, against Shane McPhilbin (UD12). Dickinson is establishing himself has a solid champion and has already seen off the challenges of; David Dolan and Mike Stafford (both UD12) and stands just one win away from winning the Lonsdale belt outright.

Askin’s may first have to first get through a defence of his newly acquired belt against Midlander Chris Keane, and will have to wait for Dickinson to defend against Neil Dawson, before he gets in position to tempt a fight with Dickinson, but has made no qualms about his intentions; “The board have nominated Chris Keane as my first opponent for the title so that’s what I’m looking at next, but I’d love to have a rematch with Jon-Lewis Dickinson for the British title.” added Askin.

“I understand he’s got to face Neil Dawson as his mandatory, but winning the English has put me a step closer to the fight I want more than any other.

“Hopefully, the fight with Keane will be made as a final eliminator so if I win that I’ll be guaranteed a British title shot.

“I’ve already beaten Dawson, but I can understand why he’s next in line. I lost my last fight before I fought China and he beat Tony Conquest, that said, I’ll have another fight with Dawson at any time. If he beats Dickinson we can get it on again.”