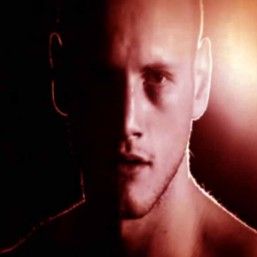 George Groves will take on big hitting Uruguayan Noe Gonzalez Alcoba, on the undercard of Carl Froch’s super-middleweight unification rematch against Mikkel Kessler at the O2 Arena in London on May 25.

It is a risky fight on paper for the undefeated Commonwealth and former British super-middleweight champion Groves. Big hitting Alcoba has lost just twice in 32 fights, and has KO’ed 22 of his opponents. His two defeats came against, Felix Sturm in 2007, losing on points against the German when challenging for his WBA middleweight title. – Alcoba then went on an unbeaten run of 14 fights (13KOs) before suffering his first KO as a fighter against Canadian banger Adonis Stevenson in April last year for the WBC Silver super-middleweight title, one belt away from the big one.

Groves, 25, is undefeated in 18 fights fought twice in March, scoring wins over Argentinian Dario German Balmaceda (KO3) and then Syrian, Baker Barakat (KO2) in Germany. But if Groves is to move onto the world title stage that he feels he is ready for, he will need to make a statement and get the 33 year old, who is on the slide, out of there in similar fashion to the way fellow world title contender Stevenson did.

“He’s been in with good company and he’s got a big KO record so it will be an explosive fight,” said Groves.

“He’s a bit of a banger so I’ll have to be on my toes. But I feel that I’m right on track for a World title shot now and there’s no margin for error.

“A World title fight in London in September would be a dream come true and it’s not unrealistic to think it will happen.”

Take a look at who Groves will be up against! – Noe Gonzalez Alcoba highlights