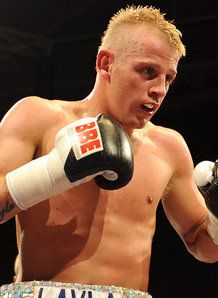 What next for Sykes after Kays win?

Gary ‘Five Star’ Sykes vs. Jon ‘2 Smokes’ Kays‘ was an intriguing English title match up, one that had gone under radar with all the other big fights happening at home and abroad last weekend. However i was looking forward to this one having seen both fighters in action before.

Sykes, Defending English super-featherweight champion , a former British champion at the weight and very useful at Lightweight who had beat Anthony Crolla and Tommy Coyle in Prizefighter only to lose to Terry Flanagan in the final.

Jon ‘2 Smokes’ Kays‘ last real test was against Liam Walsh for the Commonwealth title, Kays put up a brave display against the much hyped Walsh but was eventually stopped in the 10th.

As the bell rang for the first, Sykes had his usual busy style working away at Kays, however Kays looked sharp and worked behind a great jab, Sykes was missing with quite a few shots and was being picked off regularly by the Kays jab. this continued into the next few rounds as i scored them for Kays for the cleaner work.

Moving into the middle rounds is when the fight changed, Sykes started working the body more and those punches were hurting Kays who was visibly shaken from them, Sykes sensed this and used his superior fitness to keep the pressure on, Kays though, wasn’t to let Sykes have it all his own way, landing clean with head shots himself. although these didn’t appear to hurt Sykes.

In the final stages it was now clear that Sykes was in control and certainly ahead on the scorecards, Kays dug in deep and put on a brave display, and one that i feel will get him more fights at this level, at the end of the contest the judges scorecards were;

In terms of what is next for Sykes, the rematch with Gary Buckland will be one I’m sure his team are looking for, for me Gary Sykes is one of the fittest boxers in Britain and is renowned for his work rate and desire, personally i would love for him to fight Anthony Crolla who can make Super Featherweight with ease….fingers crossed that one happens!