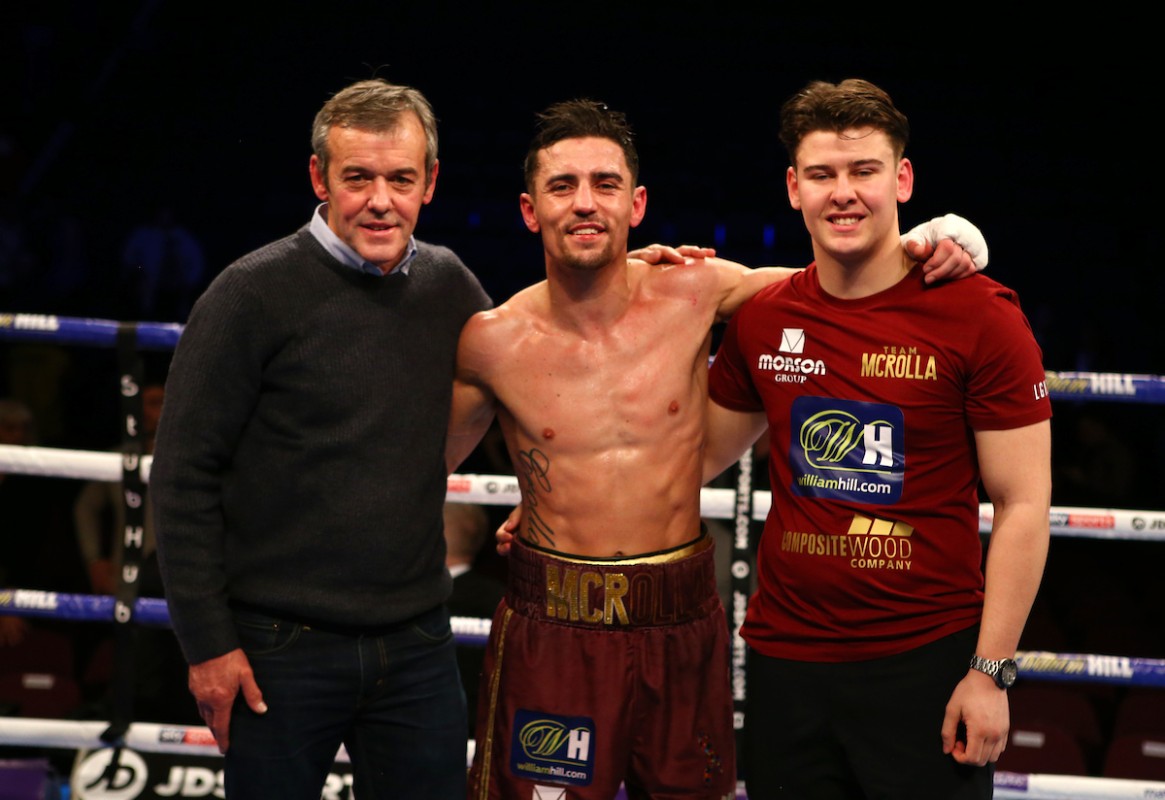 Anthony Crolla said his close points win over Frank Urquiaga last weekend provided the “closure” he needed to finally call time on a successful career in the fight game.

The former WBA world lightweight champion said afterwards he knew the “time was right” to retire and realised it “after four rounds” of the fight.

We wish him a happy retirement.

Felix Cash recorded his 12th consecutive victory as he stopped Jack Cullen in the eighth round of a thrilling contest at Manchester Arena on Saturday night.

In the first defence of his Commonwealth title, Cash went toe-to-toe with his rangier opponent in a compelling clash that will undoubtedly go down as one of the best of the year.

The exhilarating pace of the fight was set in the opening round, with Cullen falling to an onslaught of forceful shots from the champion, however the brave Bolton fighter rallied back and showed heart to end the round well.

Cash was unwavering in his efforts to test the chin and fortitude of his tough opponent, finding a regular home for his powerful right hands as the unrelenting pace of the fight continued.

Despite neglecting to utilise his significant height and reach advantage, Cullen’s wide arsenal of shots allowed him battle his way back into the contest and turn the tide of the fight in his favour.

For much of the fight champion and challenger were content with planting their feet and engaging at close range, wearing visible damage as a result of a myriad of thudding shots.

Cullen’s ascent back into the fight was sharply halted in round seven, as he was on the receiving end of a brutal combination by Cash, which concluded with a devastating body shot that led to the challenger reluctantly taking a knee for the second time.

The 26-year-old champion sensed he was on the cusp of victory at the end of the seventh, as a weary Cullen was only saved by the bell following the heavy knockdown.

The man known as ‘Little Lever’s Meat Cleaver’ admirably attempted to will his way back into the fight as he had done before, connecting with a solid uppercut. However Cash shut down his gutsy efforts, pummeling the challenger with overhand rights and causing the referee to bring the gruelling contest to a close.

Following the fight, which took place on the undercard of Katie Taylor’s successful attempt at becoming a two-weight world champion, promoter Eddie Hearn praised both boxers and looked ahead to what’s next for Cash.

Hearn told Sky Sports: “Felix Cash was outstanding. Huge respect as well to Jack Cullen. This was a breakout performance for Felix Cash. It’s one thing winning, but it’s winning in style like that in a Fight of the Year contender. He’s had a terrible year — cuts, illnesses, his hand, now I’d like to see him challenge for the European title.”

Cash’s trainer Tony Sims also reflected on the absorbing battle: “I knew he had it in him to do the business tonight and I said to him beforehand, we don’t want to leave nothing to the judges. I knew he had the engine and the power to do the job.

“Jack Cullen is game fighter, he has a high workrate and he pushes the fighter, so I’m proud of Felix tonight.”

Speaking after his first fight since his stoppage win over Rasheed Abolaji in February, Cash emphasised that he wants to build on the victory and stay active.