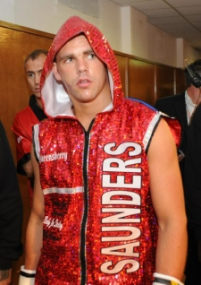 Billy Joe Saunders will defend his British and Commonwealth middleweight titles against London rival John Ryder at the London 2012 Olympic Games venue the Copper Box in London on September 21.

The fight between the two unbeaten Londoners has been a fight touted for a while and now finally we will get to see this potential classic British match-up between two quality operators.

Queensberry Promotions won the purse to stage the fight, but before then, Saunders must first face Irishman Gary O’Sullivan who is the WBO International Middleweight champion on July 20 at Wembley Arena.

Frank Warren today held a press conference in the East End to officially announce the fight and a six show partnership with Copper Box and GLL who also operate the historic boxing venue the York Hall in Bethnal Green, in the East End. The promoter now hopes to bring many of his future shows to the venue, which Warren said could be one of the leading boxing stages in Europe in the coming years.

The Copper Box Arena was once known as the Handball Arena, it was renamed because, aside from handball, it hosted modern pentathlon (fencing) during the Olympics and was the goalball venue for the 2012 Summer Paralympics.