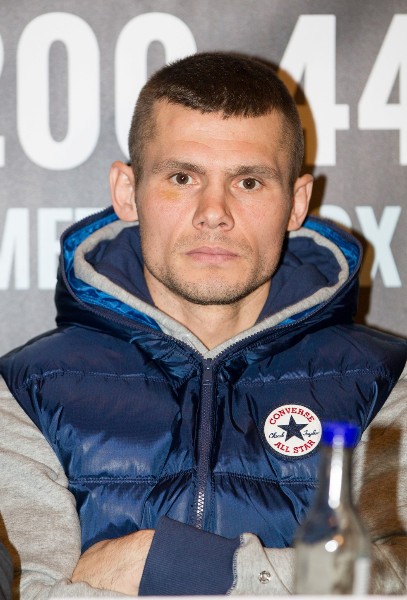 Martin Murray Wants an All British War with Carl Froch

British middleweight No1 Martin Murray says he is ready to move up in weight to take on fellow countryman, IBF/WBA super-middleweight world champion Carl Froch, adding if the ‘Cobra’ is looking for an all UK clash with a world class opponent, then he is the man!

Murray, 30, from St Helens, last fought in April when he challenged WBC middleweight champion Sergio Martinez for his title in Argentina. Murray lost out on points in that one, although he dropped Martinez twice and in many peoples eyes had done enough to take the champions belt. It was the same story for Murray when he challenged Felix Sturm for the WBA crown in Germany in 2011. Murray again came up short having appeared to have done enough and Sturm held onto his title after the fight was declared a draw.

Froch, 35, added the WBA super-middleweight crown to his IBF belt by defeating Mikkel Kesser at the O2 Arena in late May and rumours have been circulating about his next foe since. George Groves and James DeGale have both been quick to call the Nottingham man out, but Murray believes he should head the queue of potential domestic opponents because he has greater experience on the world stage.

“I can do middleweight comfortably and that’s still the weight I want to fight at, but a Froch fight is one I’d be more than open to,” Murray, 30, said.

“I believe styles make fights and I think me and Carl Froch would put on an absolute war.

“If Carl is going to fight another British fighter then I don’t see why name isn’t in the mix. It makes sense from the American TV side of things with me now being known on HBO after the Martinez fight.

“There’s obviously George Groves and James DeGale, but they’re not yet proven at world level. Even though I’ve been boxing at the weight below, I’ve shown that I belong up there with the elite fighters, which is what Carl is.”