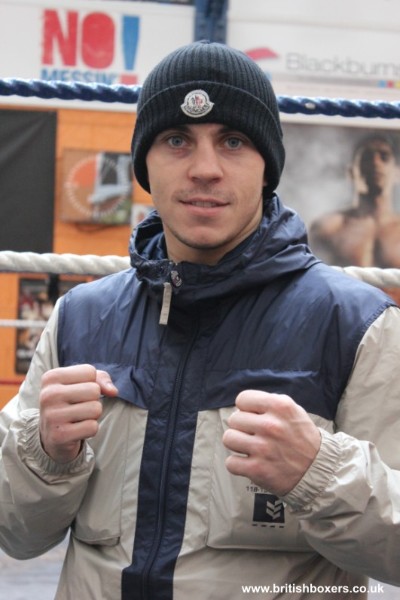 Scott Quigg Back with a KO Win After Eight Month Absence

After an eight month absence from the ring, since beating Rendall Munroe last year, Scott Quigg returned and produced an impressive performance to stop tough Brazilian William Prado in the third round after a dominate display at the Bolton Arena on Saturday night.

Prado was a late opponent for Quigg in his first fight with Matchroom, but it wouldn’t have mattered who Quigg was in with this night, he looked like a hungry caged tiger who had been set free and unfortunately for Prado, who was no mug, having lost just three of his previous 25 fights, Quigg was looking to impress and he did.

The British super-bantamweight champion and WBA Interim title holder shown his array of speed and skill to dominate his opponent from the off and was was just too skilled for the smaller man. Quigg dropped Prado at the end of the second before working the body in the third and finishing the Brazilian off with a big right hook.

Quigg, 25, is on the brink of a world title shot later this year and on this form, he is in with a fantastic chance to realise his dream.

“He’s never been stopped before,” Quigg told Sky Sports afterwards. “He’s tough but I don’t think he’d ever been hit that often.

“I broke him down in three round basically. I think I was punch-perfect – tell a lie I got caught with a flush jab – but pretty much punch-perfect.

“I’ve improved so much since the Munroe fight. I’ve been inactive in the ring but been working hard in the gym.”