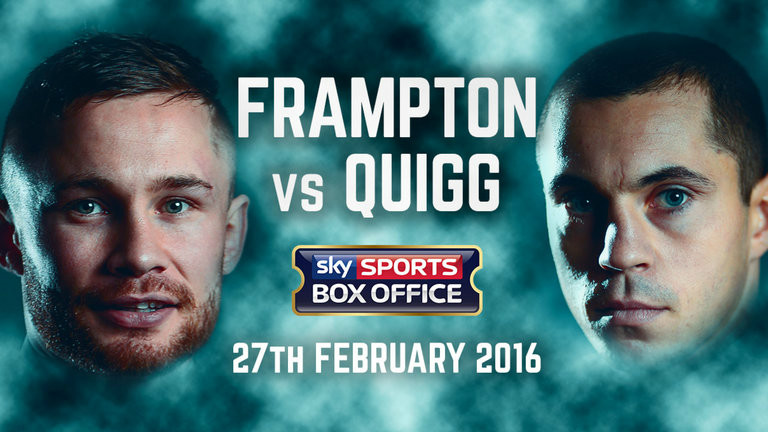 Big fight public weigh-ins have become an event on there own with plenty of fans looking to get in to see the boxers square up for the final time before they meet for real the next day in the ring.

The tension between the boxers is always high and it is a opportunity to see the shape both are in and then the customary head to head stare down. The atmosphere at some of the big fight weigh-ins is tremendous, remember the Mayweather-Hatton weigh-in in Las Vegas? Hatton took 30,000 plus fans over the pond and it seemed like most of them were on the scales with him. The American’s had never seen anything like it.

Arguably the biggest all UK boxing clash this year is upon us, when unbeaten super-Bantamweight world champions Carl Frampton and Scott Quigg square off in Manchester on February 27th and the pre fight weigh-in is an all ticket affair and is expected to draw big crowds, many exceeding the numbers of many small hall shows around the country.

The Manchester Arena will host the weigh-in for the unification clash between Frampton and Quigg on Friday February 26th and entry will be free, although each ticket will carry a service charge of £2.50 which will be applied to each transaction.

There is said to be only limited capacity for the event so tickets will need to be reserved in advance. They will be available from midday tomorrow (February 5th) from the Manchester Arenas website www.manchester-arena.com, with buyers only allowed to purchase a maximum of six tickets per transaction.

The Frampton-Quigg clash takes place at the Manchester Arena on February 27th and will be shown live on Sky Sports Box Office.