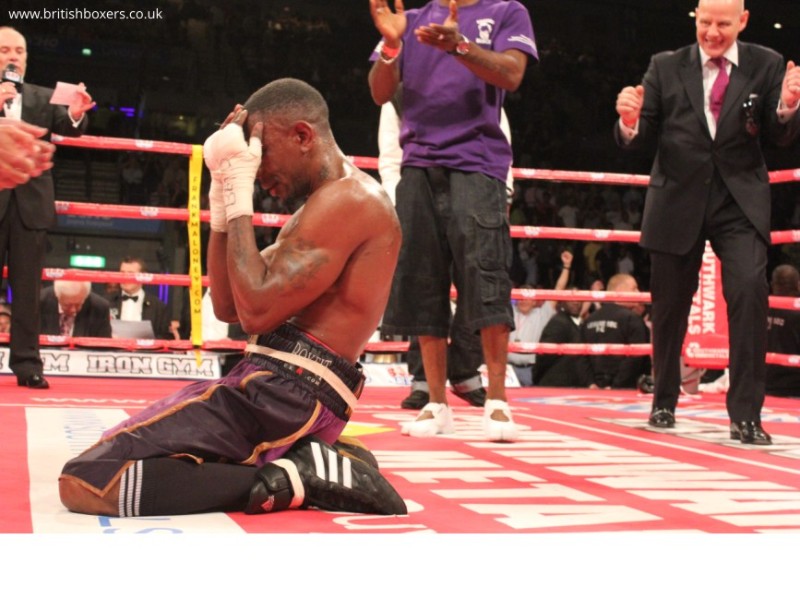 Darren Hamilton outpointed Adil Anwar to retain his British light-welterweight title on Saturday night at the Echo Arena in Liverpool, with a measured display of boxing.

Anwar from Leeds had started the contest well and was having early success from behind his jab, good movement, confident and relaxed, it looked like there may have been an upset on the cards. The Anwar fans were doing there best to push their man through, giving terrific support to the challenger, but in the end he just couldn’t find the extra gears and that change in strategy, once Hamilton got into his rhythm.

Hamilton, who was making the second defence of the belt he took off Ashley Theophane, in May last year, began to get into the fight more and eventually took over, then stayed in front. – The champions style and defensive technique made it difficult for Anwar to land cleanly and that was the story of the fight. Anwar never stopped trying to wrestle the Lonsdale belt away from Hamilton, he would have been the first British-Pakistani boxer to ever claim one, but it wasn’t to be on this occasion, but he can come again.

Hamilton’s jab was his key, it seems deceptively long and he throws it from that crouch like stance. He also had good success with his right hook and every-time Anwar lunged into range, Hamilton would neatly, cross arm defence, pivot and land his own scoring shots. He continued to use the tactic through-out the fight. His better punches were beginning to show in the damage occurred to Anwar’s his face and eyes, that were swollen at the final bell.

Since winning the belt Hamilton seems to be getting better, this heartwarming story, once homeless, with a boxing career going nowhere, Hamilton was introduced to promoter Spencer Fearon by friend and former fighter Ben Doughty. Fearon took on Hamilton and has helped to turn his career and his life around. The Bristol fighter is now an established British champion, he seems to be getting heaps better every fight and is one defence off keeping the Lonsdale belt outright!

On the Next Pages we have a Selection of Interesting Pics taken at Ringside by us, Continue to see more