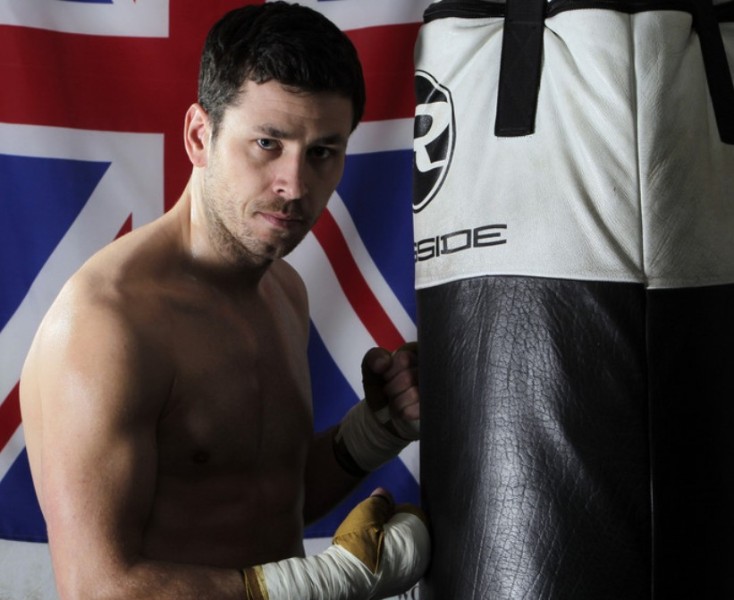 Darren Barker: ‘And the New! It’s taking time for it to sink in.’

The Darren Barker story still has plenty of chapters left I’m sure, so far it has been a riveting read and if there is ever to be a film made of the Londoners life, it will no doubt be a classic watch to rival any of the Rocky films!

British boxing’s new IBF world middleweight champion, Darren is proof that good guys don’t always come last. His heroics last week against Daniel Geale in a sure bet for fight of the year, was pure Hollywood in itself, but the background and hardships that Darren has had to overcome in his life and career to get where he is, make it all the more sweet.

Barker, had failed in his first world title tilt against No1 middleweight king Sergio Martinez in Atlantic City in 2011. He had pushed the Argentinian during the fight and gave a good account of himself, before being stopped in the 11th, but that experience and the realistaion that his career at this level could be over if he had lost to Geale, saw him turn in the performance of his life.

After getting off to a good start against the Australian champion in the early rounds, Barker was dropped by a wicked left hook to the solar plexus in round six, which doubled him up in pain. He crouched on his knees in agony, his face contorted on the canvas, it looked like the night was over and the story was ending right there. Then something that cannot always be found or tapped into was produced from the fighter and just within the referees ten count, he managed to somehow get enough air in his lungs, fighting the pain he pulled himself up just in time and went on to end the round on top and never looked back.

Barker says that the memory of his late brother Gary, himself a talented boxer who died in a car accident in 2006, was what inspired him to get up and fight on, when it looked all but over for him. Barker was then inspired and went on to outpoint Geale over 12 riveting rounds which will go down in British boxing history as one of our best wins overseas.

The monumental victory was the ultimate tribute to his late brother who was taken from the family at just 19 years old. Gary was a successful amateur boxer like Darren, he had won the London ABA’s a couple of month’s before his untimely passing and was himself destined for the top in the sport.

Barker was never going to box again after Gary’s death, he had spiraled into a drunk fueled depression for months afterwards, as he tried to come to terms with his younger siblings death and his own life. But the courage of the man and his burning ambition to continue on and get his boxing career on track was admirable. But it was a long road to fully recover and to accept that Gary was gone.

He did return to trainer Tony Simms’ Essex gym after a few months but he did not feel right. He thought he would have no choice but to hang the gloves up. Not only a friend but a close confidant, Simms asked Darren to meet with Bruce Lloyd, a therapist who specialised in helping emotionally broken people mentally get through traumatic experiences. Darren agreed to see the specialist and after some painful sessions he began to mend himself and realised his future lay in boxing and continued with his career, determined to become the best he could with his brothers memory always in his thoughts.

He went onto win the British, Commonwealth and European titles, before earning his shot at Martinez, but If that fight with Martinez was his professional apprenticeship, the Geale fight was his masters degree and he passed it with distinction, doing himself his family and British boxing proud.

Barker has had many more career ups and downs, injuries have almost finished his career before now. Non more so than when he was subject to a violent street assault in 2010. Ten men set about him after he and a friend had finished watching an England football game on Watford High Street. Darren and his friend had gone to get some food after watching the game in a pub. Whilst there they witnessed two men beating up another man. Darren intervened and tried to defuse the situation but was then surrounded by accomplices of the attackers who then knocked him to the floor and then all took turns to beat him. He was repeatedly kicked in the face and head as he lay in the street and was left in a very bad way. The resulting damage included over a thousand pounds worth of dental work after his teeth were smashed out of his mouth.

He was in training at the time to defend his European title against Matthew Macklin, but had to take another lengthy break from the ring, before regaining his fitness again. But the resolve of the man saw him through and his trials and tribulations have only made him stronger and boy did he show it.

Video Highlights of the fight

“Not many people know the journey I’ve been through, ‘It’s been a real Rocky story.” said Barker .

After the Geale win Darren dedicate his IBF belt and the win to his late brother and said; “Everything I’ve done is for him. Gary, this is for you, mate.

Barker though, who went onto take the split decision verdict on the judges cards at the Revel Resort, in Atlantic City, still cant believe what has happened to him and says it is still sinking in that he is the new world champion.

“And the new…” These are three words that I heard a lot of people saying and saw a lot of people had written in the build up to my fight against Daniel Geale.” Barker wrote on his website today.

“But, even though I’ve now achieved my dream of winning a world title, I’m finding it hard to believe that I’ve actually done it and it’s taking time for it to sink in. There are so many people I need to thank for getting me to where I am today.” added the Barnett boxer who is a big Chelsea fan.

“The support I had from the British boxing fraternity was immense and I’m especially grateful to those of them who flew to the States to watch me and cheer me on.

“Before I fought, I had loads of ‘good luck’ messages from many people including Chelsea’s Frank Lampard and former Blues Joe Cole and Jody Morris. To know that a few of my footballing heroes were thinking of me was a real buzz.

“However, the one person I’d have loved to have been there was my late brother Gary. I was thinking of him the whole time I was in the ring and it was his memory that gave me the inspiration to win. I know he was looking down on me and is proud of what I’ve done. Of course, I’ve dedicated the title win to him.”

Darren Barker has done something that will never be forgotten, he has risen from the depths of despair to the lofty heights of world stardom and stands as the middleweight champion of the world and there is no one more deserving. Well done Darren, you did British boxing proud and were truly inspirational. And the New, IBF middleweight champion of the world ‘DAZZLING’ DARREN BARKER.