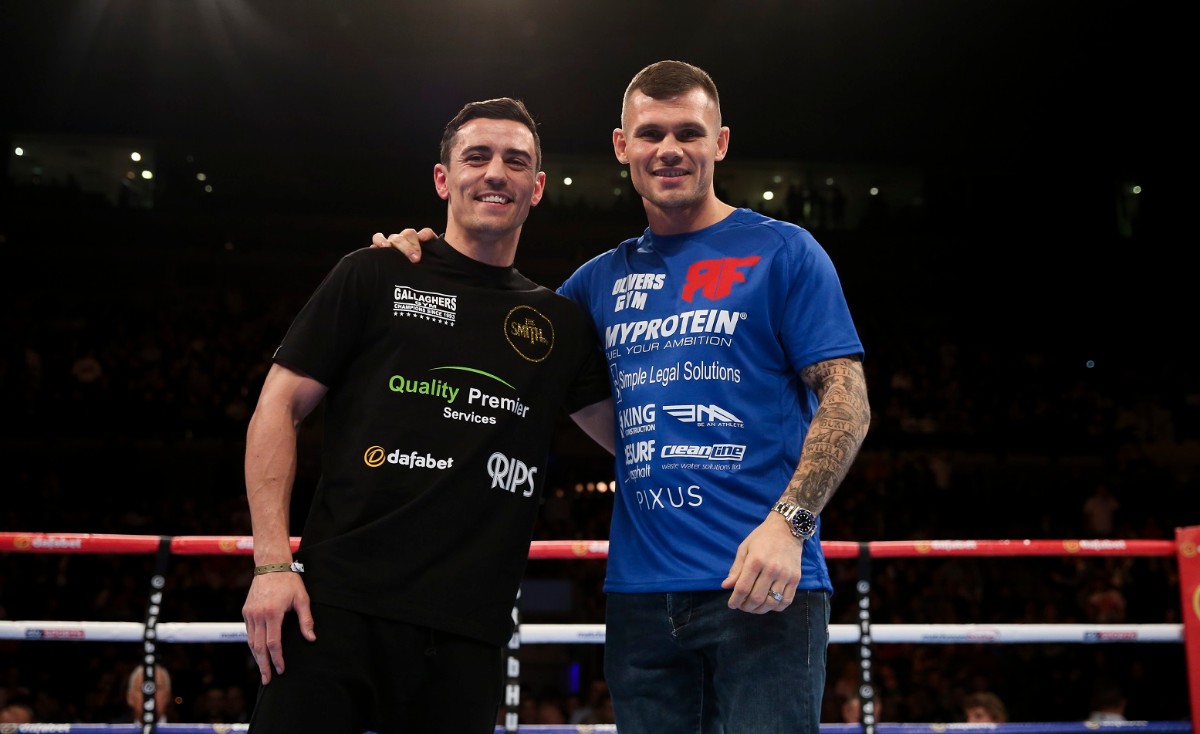 Crolla and Murray back each other for weekend world title glory

CROLLA AND MURRAY BACK EACH OTHER FOR GLORY

North-west stars can top the world on Saturday night

Anthony Crolla and Martin Murray have backed each other to land World titles on Saturday night, live on Sky Sports.

Murray faces WBO World Super-Middleweight champion Arthur Abraham at the TUI Arena in Hannover, Germany in his fourth World title fight while Crolla meets Darleys Perez in a rematch for the WBA World Lightweight title at the Manchester Arena.

St. Helens favourite Murray had three cracks at the top prize at Middleweight, with a controversial draw in Germany against Felix Sturm in 2011, a loss to Sergio Martinez in Argentina in 2013 after flooring the hometown favourite and a brave challenge to Gennady Golovkin in February for World titles. The 33 year old is the second Brit to challenge Abraham for his WBO strap this year after Crolla’s gym-mate Paul Smith met him in February in a rematch, and ‘Million Dollar’ thinks Murray will dethrone ‘King Arthur’.

“Martin can definitely take the title from Arthur on Saturday,” said Crolla. “Paul took him the distance twice and was on the receiving end of some harsh judging in the first meeting, and we all saw chinks in his armour in those fight that I am sure Martin can exploit.

“He’s come so close before against Sturm and Martinez but it feels like the right time for him to get the belt around his waist, and it will be a great boost if I am walking to the ring knowing that Martin has just beaten Arthur.”

Crolla was on the end of a tough call in his first meeting with Perez in July, when his he was only handed a draw for his heroic effort against the Colombian champion, who seemed to have handed the title to the Manchester favourite with points deductions in the 11th and 12th rounds for low blows.

Murray thought the 28 year old deserved the nod that night, but says that Crolla will go the extra yard tomorrow having almost got over the line in July.

“I thought Anthony won the first fight with Perez,” said Murray. “He was tremendous and got robbed really. I know how that feels and although you never truly get over it, you do realise when you go that close that you belong at elite level – and that will give Anthony massive belief.

“I spoke to him in Liverpool last week and he was so confident that he will do the business, and I think that we’re going to have two new World champions in Britain on Saturday.”