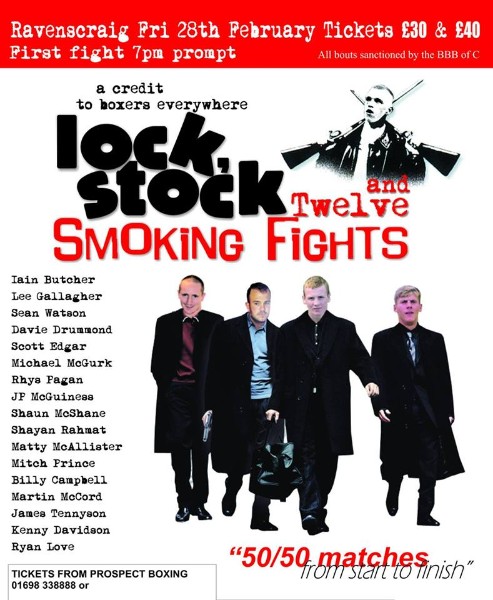 With an already extensive roster of fighters; Prospect Boxing are pleased to confirm the signing of Motherwell’s  Lee Gallagher, and is currently scheduled to take on Jason McArdle (1-1-0) on the “Lock Stock and Twelve Smoking Fights” card at Ravenscraig Sports Facility on Feb 28th.

With an extensive amateur career, Gallagher was a Scotland International and won  a European Union and British Championship bronze in addition to a Scottish and a Senior Western district title.

As an amateur, the Light Middleweight fought out of the Forgewood ABC, where he will continue to train and under the guidance of Jim Love and is currently sharing a training camp with former Commonwealth Title challenger Mitch Prince.

Delighted by his latest signing, Promoter Paul Graham discusses his new signing “Lee has been on my radar for a while, so to finally get him on our books is a bit of a coup for Prospect. He had a decent amateur career, and if he can continue that form into his pro career he certainly could make his mark.

He adds “We have brought up Jason McArdle up who has two fights on his record, so its an evenly matched fight for a début. I have been keeping tabs on his training camp and he seems to be flying in his training in the run up to February 28th. With his style and ability to bang I think Lee could be a real crowd pleaser and will make a fantastic addition to any bill he is on.

Sean Watson, David Drummond, Michael McGurk and Matthew McAllister also feature on the card, while the line up is completed by former Commonwealth title challenger Mitch Prince completes the line up.