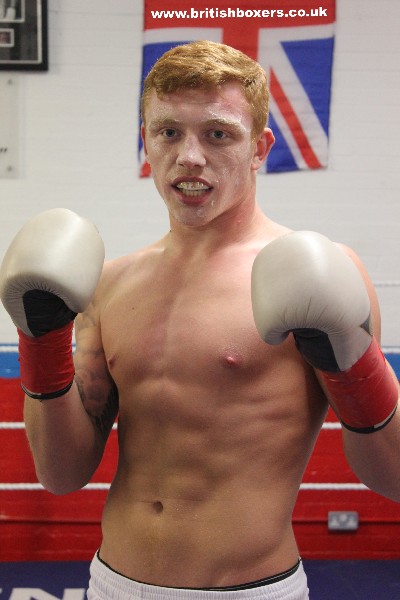 Dale ‘Canelo’ Coyne from Ancoats in Manchester has the red hair that resembles Mexican super star Saul ‘Canelo’ Alvarez and some say the style but one thing he has picked up from Alvarez is the same nickname ‘Canelo’ (meaning Cinnamon in Spanish) because of his hair. 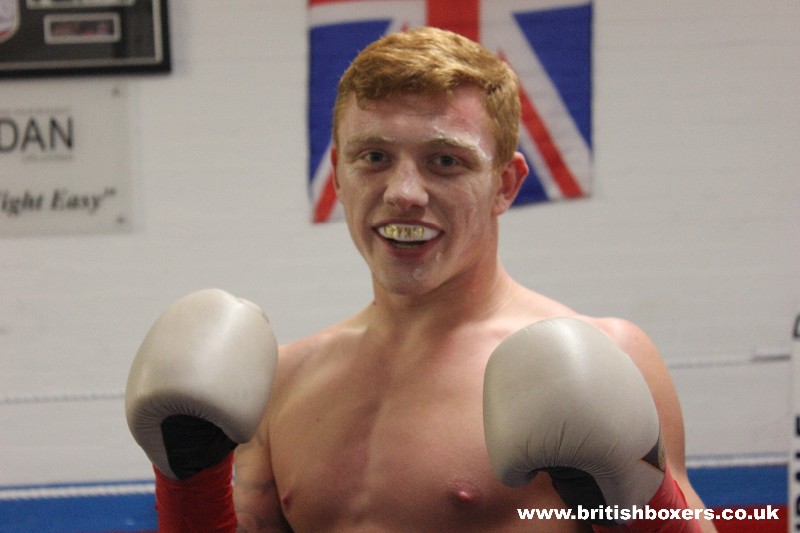 Coyne who turned 19 recently, has decided his future now lies in the pro ranks, after an amateur career that saw him have 28 fights, winning 22, starting his vested career at 13. After boxing for the Fox ABC, he is now trained by Steve Maylett at the local Finest Gym/Ancoats Lads Club, the same stable that current unbeaten lightweight contender Terry Flanagan trains out of.

Super-middleweight Coyne, hopes to follow in Flanagan’s successful footsteps and give Ancoats another champion to be proud of. Ancoats the heartland of Manchester’s Industrial revolution, once known has Cottonopolis, has produced a tough bread of boxer over the years. Michael Brodie and Denton Vassell also flew the flag for the area and in Coyne hopefully the kin folk of Ancoats have another pugilist to shout from the top of their Mill Chimneys about.

The British Canelo makes his professional bow in Oldham this coming Saturday night against Stokes Andy Till. Till himself only turned pro last year and so far has had 7 fights, winning 2. He has never been stopped in any of his close points defeats against decent young unbeaten fighters, which all came over 4 rounds. Till, 26, has already upset the pro debut of Partick’s Alastair McEwan in January this year and is not a fighter to be taken lightly, it is not the easiest of debuts for the teenager.

But Coyne is full of talent and ambition and says he wouldn’t be turning professional if he thought one day he couldn’t go all the way and win a world title, so people can say for sure that he not only resembles the Mexican Alvarez but he can fight like him too.

British boxers caught up with the likeable Dale this week, as he made final preparations for his big night in Oldham this weekend. Here is our Exclusive video below.