Hobson predicting big 2016 for three of his stars 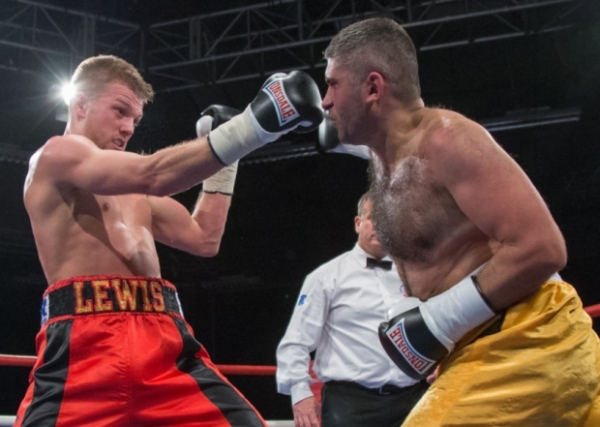 Dennis Hobson is predicting a big 2016 for three stars of his stable – Sam Sheedy, Lewis Taylor, and Muheeb Fazeldin.

Sheedy and Taylor both impressed at the Magna Centre in Rotherham on November 21, with the duo notching up fine wins.

In a Commonwealth light-middleweight title eliminator, Sheffield’s Sheedy demolished Ghanaian Frank Dodze in a round to help stake his claim for a future shot at champion, Welshman Liam Williams.

While Dronfield’s English middleweight champion Taylor overcame a spirited fight from Jez Wilson before stopping his challenger in the fifth round of a thriller.

Unfortunately, Fazeldin’s vacant Commonwealth bantamweight title fight against Klaas Mboyane was postponed at the last minute due to problems with the South African’s travel status.  The contest has however been rescheduled for early next year.

“If you think about Sam Sheedy, he very controversially lost an English title fight to Nav Mansouri but he’s now leapfrogged Nav because Sam’s stock has gone up, and we’ve done our job and moved him forward.

“I think Sam does a number on Liam Williams.  Sam has star quality and as he gets better opponents, like Liam, he’ll open them up more and he’s showed he can take kids out.  The time is right for him to step up a level.  He’s got natural charisma and he’s going to win a lot of fans.  I’m really looking forward to seeing him progress.

“Lewis Taylor’s fight against Jez Wilson looked like a 50-50, but I always thought if Lewis showed what I know he can do then he’d win.  Jez came out all guns blazing in the first round, Lewis weathered the storm and then beat him up gradually before landing the heavy shots to stop it.  Lewis has always had that in his locker and I think he’ll show that more now.

“I fancy Lewis against [British middleweight champion] Nick Blackwell, although it’s definitely a 50-50.  I think Lewis is in his stride now and he needs to test himself against fighters like Blackwell.  Nick is very accomplished, very exciting and I think a fight between him and Lewis would be a cracker.  We’d like to put it together and it’s just a case of Mick Hennessey agreeing with us that we should get it on; hopefully we’ll agree terms and get it on Channel 5.

“We’re also looking to reschedule Muheeb’s Commonwealth title fight for our next show on February 6 at The Magna.  Muheeb is another very exciting fighter who is going to have a great 2016, and he’ll face Mboyane next, unless anything changes.”