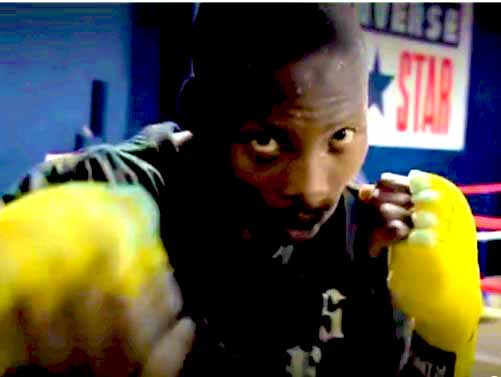 IBF World Super-Flyweight Champion Zolani Tete said he’ll end challenger Paul Butler’s dream of making history by being the first British boxer in over a 100 years to win a second world title at a lighter weight.

The teak-tough South African puts his title on the line against Butler at the Liverpool Echo Arena on Saturday 25th October on a huge fight card that also features Merseyside stars Liam Smith, Derry Matthews, Kevin Satchell and Tom Stalker all in title action, live on BoxNation.

Tete claimed the world title in his last fight when he travelled to Japan and faced unbeaten Teiru Kinoshita in his backyard, outclassing the home fighter to win on points and says he won’t be losing it in his first defence.

Ellesmere Port ace Butler aims to break three records by defeating Tete: 1. The first British boxer in over a hundred years since heavyweight great Bob Fitzsimmons to win a second world title at a lighter weight. 2. The fastest Englishman ever to win a second consecutive world title. 3. If Butler wins the IBF World Super-Flyweight title, a British boxer has won a world title in every single boxing weight division

Tete said, “Paul Butler is a good boxer but unfortunately his dream of making history as a British fighter will never come true and Paul will never beat me, not now, not ever. He can only fulfill his dream when I’m gone in the division.  I want to make my own history and I have been in this boxing business for a while now and in the process I have acquired a lot of international experience and that would be the difference on the night,”

“We are both good fighters but his only mistake is to think I’m limited and that he will expose me, whose is he to think that about me? Has he ever been in front of a real tall south paw with long arms? I will make him feel the pinch, he can run and be fast against old boxers, this time around he will meet a versatile athlete.  He doesn’t know what I’m capable of, but he will taste all of my abilities and as a true champion I will adjust and adapt on whatever he brings to me!”

“Fight preparations are going well and I’m so fortunate to have a team that takes every fight very seriously and we don’t judge a fighter but we work according to a winning game plan and putting more effort each and everytime.”

The 26-year-old from Mdantsane, in the Eastern Cape, slammed Butler, a former IBF World Bantamweight Champion, further by dismissing his rival as boy and that he will show no sympathy when he is battering him.

“Paul is a mover, no doubt about that, but for every obstacle there is a solution and I will expose him on the 25th.  I think my weakness is to let my sympathy take control during the fight and not demolish the guy when he’s ready to go but this time around it’s not gonna happen! I want to punish this young boy as much as I can so that he can learn not to be greedy, he could have kept his belt, mine is not for sale.”

“I’m a record breaker, even I was once an unbeaten fighter and I lost and I’ve been breaking 0’s in plenty of my fights, so why not Butler?  I’m going to break him. Paul, I’ve got a message for you, ‘You have been cruising against opponents, now you think you can stand in front of a well travelled South African fighter? You must be dreaming. Come October 25th and you will see.’  We will be prepared for the full 12 rounds but I’m giving this boy 6 rounds in front of me then I’ll give him an early night!”