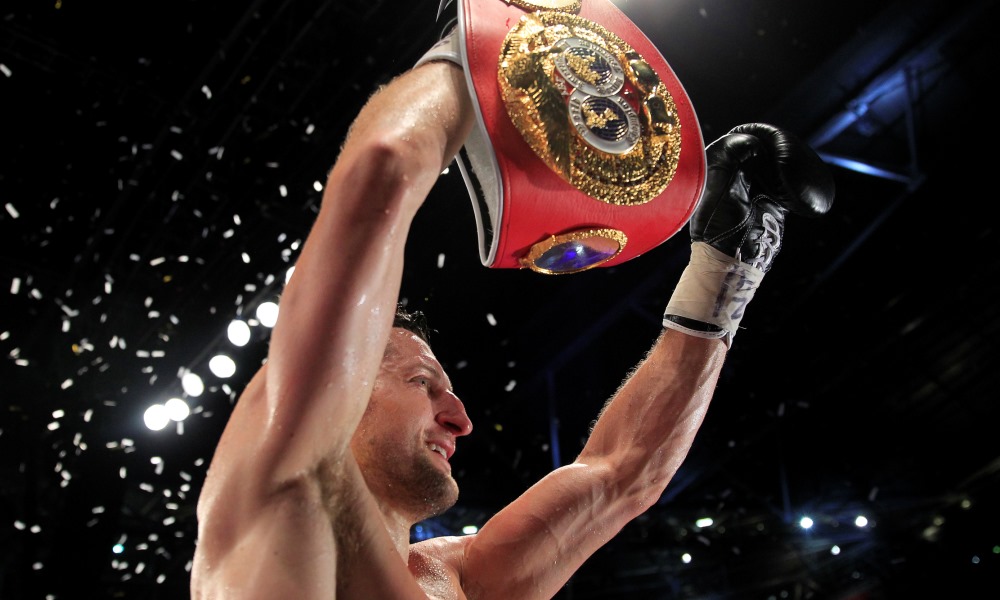 Carl Froch shortlisted for Sports Personality of the Year

The Cobra joins Bale, McIlroy and Hamilton for December prize

Carl Froch has been shortlisted for BBC’s 2014 Sports Personality of the Year.

The Cobra made the list after his stunning KO win over George Groves at Wembley Stadium on May 31 – a night where boxing was centre stage and the Nottingham star’s huge right hand in the eighth round was the defining final act of a compelling night of sporting theatre.

The prize will be awarded at a ceremony at The SSE Hydro in Glasgow on December 14, with fans able to vote for the four-time World Super Middleweight champion on the night.

“It’s an honour to be named in the shortlist for Sports Personality of the Year,” said Froch. “It would cap an incredible year to win it but just to be next to those great names that have achieved so much this year is fantastic. I am really looking forward to travelling to Scotland in December and taking part in one of the seminal nights in the British sporting calendar.”