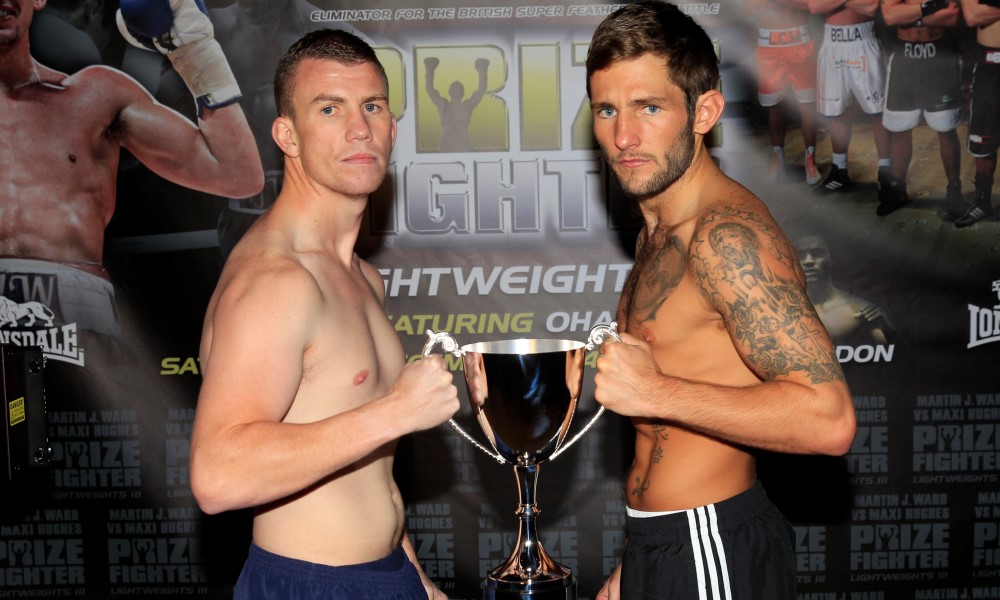 Buckland is looking to become the third fighter to win the title for a second time and the first two-weight champion, and is the bookies’ pick to triumph in the 34th edition of Matchroom Sport’s eight-man, one night event.

The Welshman triumphed here back in September 2010 in the Super Featherweights, stunning a star-studded field to take the title. ‘Dynamo’ edged out Stevie Bell in the quarter-finals before a brilliant first round KO of Gary Sykes landed him a place in the final against Derry Mathews, where he stopped the Scouser in the second round.

“It was four years ago and I only did five rounds on the night, because I was stopping them,” said Buckland. “That was good then but I wished I had the nine rounds now. There was no KO bonus then either! But I have that experience to call on and we’ve trained exactly the same way to get the same result. I don’t like being the favourite, last time out I was an outsider at 12/1 and I went and won it, I KO’d the favourite that night in Gary Sykes and Choi lost to Derry in a war before I beat him in the final, so the odds and who is the favourite doesn’t mean a thing, you just have to pour everything you have into every second.”

The 28 year old has happy memories of that night but his last outing was here too and ended in defeat to Richard Commey for the Commonwealth title. Buckland challenged the Ghanaian for the vacant belt, losing out on points, and having had two wars with fellow countryman Gavin Rees ahead of that defeat, the Cardiff man insists there’s still plenty left in the tank following those brutal distance battles.

“I shouldn’t have taken the fight with Commey in London really,” said Buckland. “Maybe had I boxed him in Wales it would’ve been different. It was a good experience and he’s a good fighter, I’d take a rematch tomorrow on neutral ground though. He’d had 17 fights and 17 KOs, he couldn’t KO me though and I think the fight was a lot closer than the scorecards suggested.

“I can only do what I can do, I feel good despite those fights with Gavin, they were brilliant battles but I have done 12 rounds since and I am as fit as a fiddle.”

Buckland beat Sykes again ten months after winning Prizefighter to land the British title and successfully defended it twice before losing it to Liverpool’s Stephen Smith – win in London, and that title will again be his focus.

“I would drop down to Super Featherweight and get my British title back,” said Buckland. “That’s the weight I belong at and that’s my title, and I want to get it back.”

Buckland could face second favourite Stephen Foster Jnr in the second semi-final, with Foster taking on Irishman Jono Carroll in the third quarter-final and Buckland facing big-punching Floyd Moore in the fourth quarter-final.

Craig Whyatt and Lee Martin kick off the action in quarter-final number one and the winner will face the victor of the rematch between Danny Connor and Michael Devine, who met in the same venue in September only for their ten-rounder to be halted prematurely when a clash of heads left Connor with a cut that he couldn’t continue to box with.

The draw plus weights:

Martin J. Ward and Maxi Hughes meet in between the semi-finals and the final on Saturday night in an excellent British Super Featherweight match-up while there are outings before the start of Prizefighter for former British and Commonwealth Light Welterweight champion Ajose Olusegun fighting back in the UK for the first time since 2011, and talented young Lightweight Ohara Davies in his fourth pro fight.