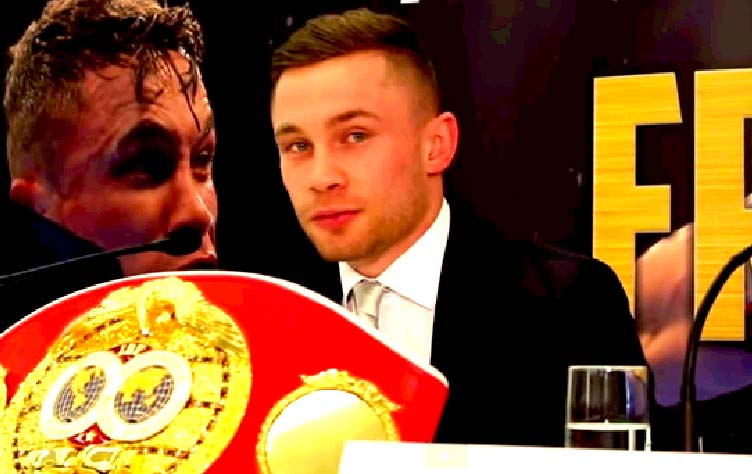 Avalos in confident mood ahead of Frampton fight

IBF Super –Bantamweight challenger Chris Avalos has been nothing short of explicit with confidence in his predictions on the outcome of his title challenge against Belfast’s home town favourite Carl “The Jackal” Frampton.

The California native has boldly predicted a knockout of his undefeated foe, claiming that he has been unimpressed with Frampton in his run to becoming world champion, stating: – “Nothing concerns me about the way he fights. I am not impressed at all. I’ve seen shots land on him, and if I had landed those shots he would be knocked out”.

Avalos’ boast could be substantiated by his career statistics, with an impressive ratio of 19 knockouts from his 25 wins, the aptly named “hitman” appears to live up to his weighty moniker.

Carl Frampton has shown himself in his 19 outings to be a very capable well rounded operator, not averse in coming forward as well as boxing off of the back foot and piling up points with a stinging jab and impressive counter shots.

“The Jackal” will be undaunted by what I believe will be a strong advance from Avalos. I feel that Frampton will have to break the challenger’s resistance in a similar manner to that of his world title win over Kiko Martinez, who by the end of proceedings seemed to be simply walking forward with no plan of attack.

Avalos should present a hefty challenge for Frampton early on. I feel that the key to Avalos winning the fight is to target the body of Frampton and to hope that by attacking the body, “the head will follow” as the old saying goes. Frampton should be too fleet of hand and foot for any sustained offering from Avalos however and I expect the champion to triumph via a wide unanimous verdict at the end of the fight.