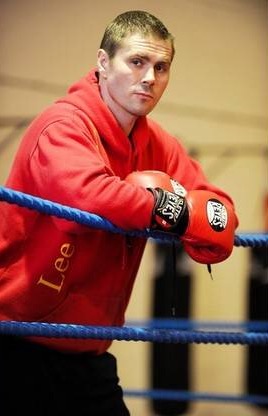 British boxing this week was dealt bad news when it was reported that former European champion Errol Christie, was diagnosed with lung cancer. But Errol, who claimed his European middleweight title in 1982, promised he would not surrender and will get his gloves on to face his upcoming battle head on.

From a boxer and person of Errol’s class, we wouldn’t have expected anything else. I’m sure we speak on behalf on all of the boxing community when we wish Errol all the strength and positivity for his battle ahead. This week, when I heard the news of Errol’s plight, I was in the process of compiling an interview with a boxer who had gone through his own Cancer battle and come out the other side. It is an inspiring story and one that everyone facing a similar plight can take strength and spirit from.

The last time Lee Jones boxed professionally in June 2007, David Haye was still a cruiserweight contender and had not yet won a world title, the Spice Girls had just announced a global world tour to perform their Greatest Hits album and smoking in public places was banned in the UK.

A lot can happen in 8-years and for Telford’s Lee Jones that’s just the half of it! Lee turned professional in 2006, but after just 3 fights was forced to retire after suffering severe back problems. His life went in another direction and he never thought he would box again. But after having a successful operation on his back and ready to resume his career he was told the devastating news he had Cancer and a new battle had begun.

After a long battle back to health, remarkably Lee beat the Cancer and this Saturday night after getting his licence back makes his comeback nine years since his pro debut in December 2006.

We spoke to Lee this week to ask him about beating the odds and his amazing comeback to boxing.

How did you first get into boxing?

I got into boxing quite late. I kick boxed from a young age as an amateur and fought for Great Britain. I won bronze medals at two world championships, first in Austria when I was 18 and the following year in Italy.

Did you box amateur? What’s your background in the sport? Who did you box for?

My last amateur international was GB v USA in 2003 before moving to pro full contact kickboxing. After 10 fights, ten wins I became very disillusioned with the state of kickboxing in its supposed ‘professional’ form and decided that I would look into making the with to boxing.

I lived in Telford at the time, home of former WBC champion Richie Woodhall. By pure coincidence he had just applied for a trainers license with the BBBoC and decided to build a stable of fighters. He put me through my paces and offered to take me on.

Prior to my last pro bout I suffered a back injury which worsened and forced me to retire. I was very unhappy at having to make that decision and decided that I needed new surroundings and a big change to help me get over what was a very bitter disappointment.

I travelled and then worked as a manager on a cruise ship for a couple of years and when I returned I did various sales and training roles for companies before starting my own business. I have been back in the gym half a dozen times over the years but despite epic amounts of rehab my back has always let me down until early last year when my treatment finally gave lasting results and I renewed my pro boxing license with the BBBoC.

Unfortunately at around the same time as my license dropping through the letterbox I was diagnosed with stage 4, aggressive and widespread Hodgkins Lymphoma – a very rare form of Cancer.

About your cancer, big respect to you for battling it and your determination to fight pro again, was to box again a motivation that inspired you throughout your treatment?

I have been very fortunate and am now completely free of disease and looking forward to boxing again. Boxing has certainly helped me through it, even if only as a distraction, as I have basically continued with life as normal and whilst training had to be very reduced I have been in the gym ticking over and running classes at Ten Count Boxing Gym in Stoke On Trent which I run with my trainer Max Maxwell.

Max actually turned pro around the same time as I did and was also one of Richie Woodhall’s first group of pros. When my back was finally healed and I decided to return to boxing my manager Jon Pegg suggested that I train with Max. Max is a very experienced boxer and trainer having boxed at a very high level and being a former Navy PT he is also brilliant at getting the strength and conditioning side just right.

Did you have any issues getting your boxing licence reinstated and finding a show to come back on?

Finding a show to return on wasn’t a big problem – I am boxing on the TOP Boxing show at Aston Villa on March 28th. The promoter is a former pro himself named Tommy Owens who I also know from my early career, he also trained under Woodhall. I am very grateful to him for giving me this opportunity.

What are your ambitions in the sport and your life now?

The first time around I was young and foolish, just like the rest of the lads I trained with! We were all going to be World Champions. This time around I am much more realistic. In terms of ambitions in the sport, I feel that I was forced to retire before I was ready. I have a lot of time to make up so short term I intend to be as busy as possible, ideally I would like to get half a dozen or more fights in this year. 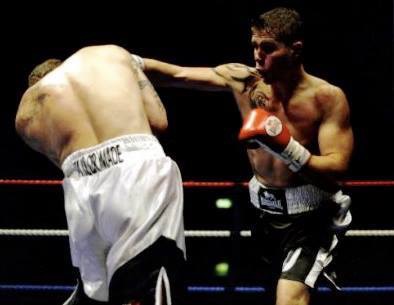 What weight you be campaigning at?

I will be boxing at cruiserweight. Midlands Area champion Chris Keane was kind enough to give me some sparring in prep for this fight. When he moves up to English or British title level (which surely can’t be far away) I would love to fight for the Midlands area belt.

What does your family, friends think about you boxing again?

I don’t think my friends and family have fully managed to get to grips with me boxing again after being sick but they have been very supportive.

How are you finding training/boxing again in 2015 and preparing to box now as oppose to in 2006 when you were turning pro?

Training is great these days. I personally am much more knowledgeable about training, boxing and diet than I was in 2006 and Max has vast experience and knowledge too. We do much more one on one work now than was possible in the past and I am much stronger for it. I still have plenty of work to do and am basically starting again from the bottom but I am still alive and I don’t mind a bit of hard work!