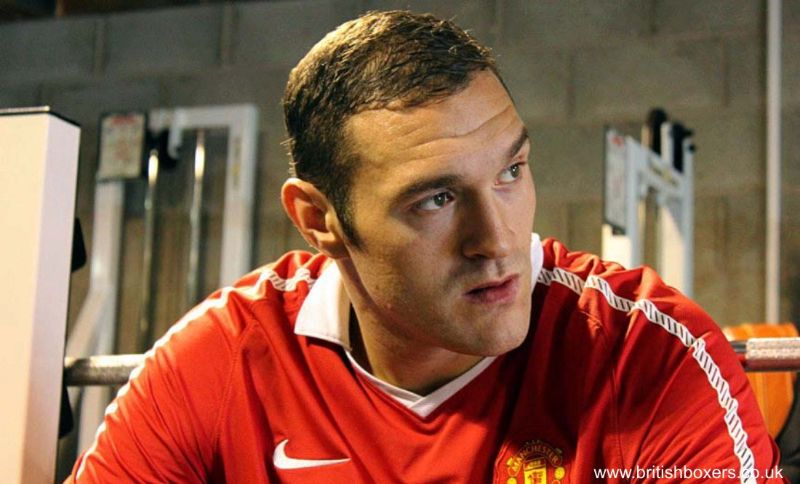 Tyson Fury: ‘It is not fun to be hit in the face by a heavyweight’

Manchester’s heavyweight contender Tyson Fury is just hours away from his fight with former cruiserweight champion Steve “SS” Cunningham. A win for Fury, 20-0 (14) and he will become the IBF’s #2 ranked contender, but the Philadelphian will be equally determined to move up the IBF’s ratings and secure a fight with Wladimir Klitschko.

The eliminator takes place at The Theater in Madison Square Garden. Fury is excited about his U.S. debut and has attracted the support of Gerry Cooney, who whipped Irish-American fight fans into a frenzy during the 1980s.

“I’m living it up out here, it is how it should be — limos picking me up from the airport, top hotels, everything,” said Fury when speaking to BritishBoxers about the attention he has received in the States. “I can speak my mind in America — no one minds what I say. I’ve picked up quite a lot of attention. I’m a big guy, but also good looking, so the women have noticed me over here. I reckon that a few of them will turn up at the fight.

“I think that 5000 people will be (in the venue), six or seven million watching in the U.S., so it could be good. Cunningham’s a big guy, if anyone can do what he did to [Tomasz] Adamek [when Cunningham boxed well despite dropping a contentious split decision to the Polish fighter in December] then he’s to be respected. We work on different things all the time. We won’t rush anything because we’re at the top-level here. Whatever size they are, it is not fun to be hit in the face by a heavyweight — only fools rush in, as Elvis said.”

Dissenting voices have pointed out that Cunningham, 25-5 (12), is a battle-wearied campaigner who is 36-years-old and lacks the natural size to trouble his 6’ 9’’, 24-year-old opponent. Fury, though, argued that at 6’ 3’’ and weighing around 200lbs, Cunningham is a huge threat. 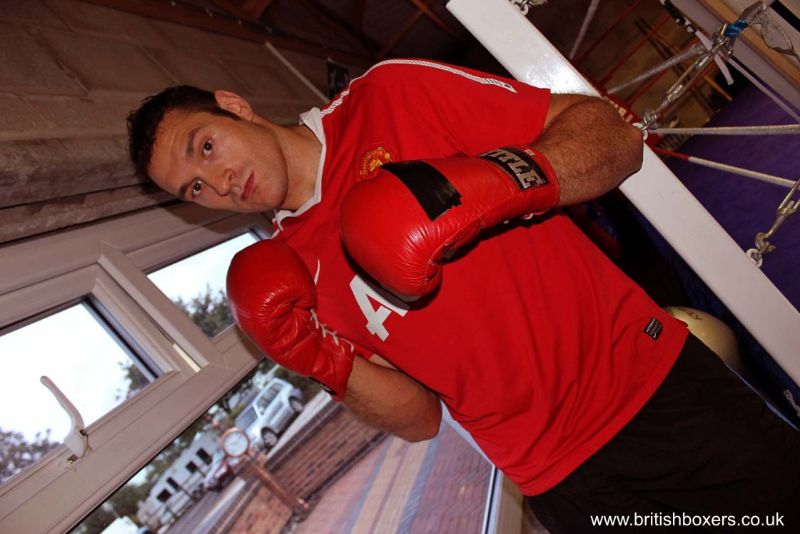 “He’s not exactly old, but I’m the best heavyweight in the world and will be heavyweight champion of the world,” he said. “I’m number one right now, forget the Klitschkos, and I’m ready to rule the world. People might say he is small, but he is by my best opponent up to now. Every time people fight me, they give their best, so I’m anticipating a good old-fashioned fight. You have to show everyone respect, especially a two-time champion of the world, so I’m looking forward to this more than I’ve ever looked forward to a fight before.”

Cooney’s endorsement has been more than a profile boost for the former British and Commonwealth champion; “Gentleman” Gerry has been advising Fury on how to avoid the fame and attention that is part-and-parcel of being a successful heavyweight.

“It is an honour to have a man like that talk good stuff about you — I’ve learned some new things from him,” he said. “No, I didn’t [ask Cooney about his fight with Larry Holmes], because everyone asks him that. I asked him about inactivity, drinking and that sort of stuff. He gave me good advice about women and that. It is hard to get to the top, but, once you’re there, it is even harder to stay there. My ambition is to get there, which will be very soon, and stay there, not be a one-hit wonder.

“You do need maturity and professionalism. This is all part of the experience of getting older — fighting in big venues like Madison Square Garden and putting on a show. I see it as a challenge and as a good opportunity to get myself out there and show these American people what I’m about and that I’m not another British hype job like David Price, I’m the real deal.

“I’m the best heavyweight on the planet. I’m living the life now, I never did that before. I’m in a better place, really happy with how things are going and [his trainer] uncle Peter [Fury] has been a god’s gift to me. Without him I’d be a domestic-level fighter. Not because of a lack of talent or skill, but because I wasn’t living the life. I was out drinking at four or five in the morning days before fights, coming in overweight and shagging myself silly. You can’t live like that when you’re a professional athlete.”

He added: “You’ve only got one career. You don’t want to be a ‘woulda, shoulda, coulda’ after you retire. It looked like I was going to end up like one of those people, but I’m with Peter now and everything’s perfect.”

A British showdown with Liverpool rival David Price looks dead in the water since Price’s upset loss to America’s Tony Thompson. Fury has given Price, as well other Liverpool-based boxers, plenty of stick, but he admits that the fight could be a possibility — once Fury’s a world champion, of course.

“I think he got caught, obviously, but he’s never going to be a top professional because he was getting rocked and dropped in the amateurs with those big gloves and headgear on,” he said. “Thompson wouldn’t last two rounds with me, I’d knock him spark out. We’re going after him, we’re on an old guy hunt for Thompson.”

As for his relationship with Merseyside’s fighters and fans, Fury will continue giving them stick yet he would be more than happy to take on Price in Liverpool with the world title at stake should he dethrone Wlad or Vitali.

“Their big hero has been knocked out so they will walk alone now, won’t they,” he said. “I’ve got nothing against Liverpool, they seem to have it in for me but, apart from the people I sponsor and guys I know, I don’t give a f*** about their men. Forget Price and forget boxing for a minute — people in the North West, Manchester and Liverpool, just don’t like each other. We’re totally different people with our own teams and way of speaking. I’m sure if Price can come back, build himself by beating a couple of bums then I could go over there and fight him. I’d defend the world title against him there, no problem.”

For now, Cunningham is the only name on Fury’s mind, he believes that he is fast approaching his peak and that he deserves to be recognised as the pound-for-pound kingpin, rather than little guys like Floyd Mayweather and Adrien Broner.

He said: “The Americans reckon this guy Cunningham the best they’ve got, so I’m fighting the best anyway, but there’s not much out there. I am the best heavyweight on the planet and the best fighter on the planet — those Broners and Mayweathers would get knocked out by me if we fought. And I’ve told you about them Klistchkos before — they’re just pussies who don’t want to fight me and will keep avoiding me. I would be prepared (to go to Germany to challenge for the titles), but it would be better in an English speaking country. We’ll see. It is up to me to knock them all down. My promoter [Mick Hennessy] lines them up, I put them away.”