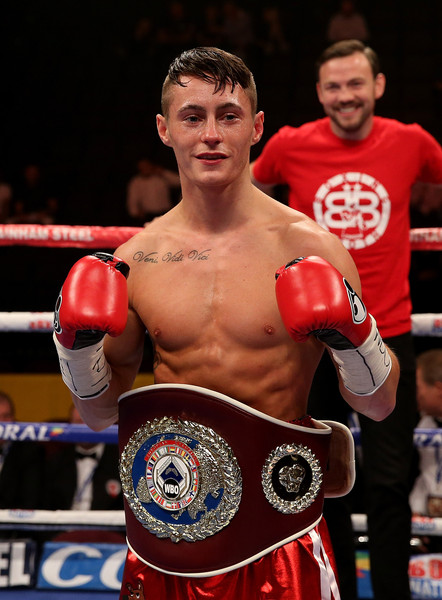 The North Belfast fighter will feature on the under card to Darleys Perez v Anthony Crolla WBA Lightweight World Title Bout. The event is being promoted by Matchroom Boxing and broadcast by SKY TV.

Burnett recently signed a promotional agreement with Matchroom Boxing and believes this will provide him with the platform to progress his boxing career and enable him to accomplish his ambition to become a world champion.

The talented 23 year old has all the tools and potential to rise to the top of the sport and his boxing skills are being carefully honed in the gym by Adam Booth, his manager and trainer.

Last month Burnett successfully won the WBO European Bantamweight title which has placed him #14 in the WBO world ratings.

Burnett was an experienced amateur boxer with a record of 98 amateur bouts. The pinnacle of his amateur career was winning a gold medal at the Olympic Youth Games in Singapore in August 2010.

Jason Booth has a vast boxing experience and has fought a host of talented opposition in his career, such as Scott Quigg, Kid Kalahad, Jamie Arthur, Kiko Martinez, Willie Casey and Steve Molitor. Booth, a true ring warrior will provide a good match up and test for the young Belfast fighter.

With a few days to his British title challenge, Burnett commented from his training ring apron ‘I am looking forward to Saturday night, it is my first fight under the Matchroom Boxing banner and it provides me with the opportunity to fight for a British Title and to have another title belt placed round my waist.’

Adam Booth commented ‘Ryan is a skilful fighter and is well prepared to challenge Jason for the British title, I am confident Ryan will apply his ability and put in an impressive performance come Saturday.’