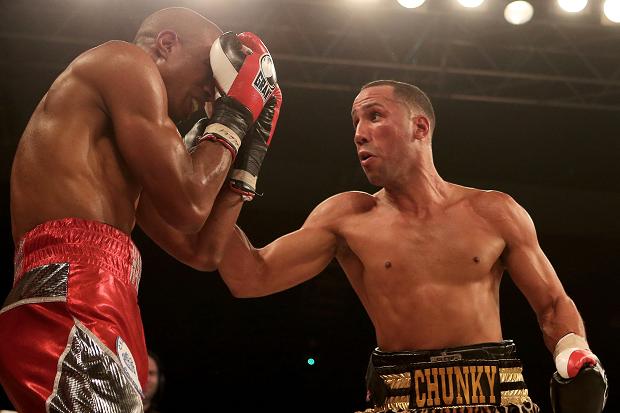 Former world cruiserweight champion Glenn McCrory was full of praise for British boxing’s IBF world super-middleweight champion James DeGale this week calling the Londoner ‘an excellent fighter’ and adding he would have found him ‘nightmare to fight.’

DeGale makes the first defence of his world crown when he takes on Lucian Bute at the Videotron Center in Quebec this Saturday night (November 28.)

Record breaker DeGale claimed the world title belt in May, when he outpointed American Andre Dirrell becoming the first British fighter to add a world professional title to an Olympic gold medal, which he achieved in Beijing in 2008.

McCrory now a respected SkySports TV pundit is confident that DeGale will have too much for former world champion Bute and will make quick work of him.

“They were both good amateurs, DeGale just that little bit better, coming away with the Olympic gold medal.” McCrory told The Chronical Live.

“Bute was destroyed by Froch, but he has another chance to get his career back on track.

“Obviously their feeling is that bringing DeGale to Canada gives them a chance, but, for me, he is an excellent fighter.

“He’s come through hard times in his career after his defeat to George Groves which shows very good character. I don’t think Bute’s shown the same since his Froch defeat.

“Degale is technically skilled, but I think the biggest difference could be mentally. We’ve seen the fragility of Bute. I expect DeGale to make quick work of him.

“He’s a quality southpaw. He’s also a fighter that is a lot better than he looks. He doesn’t have many flaws.

“He’s got a very hard style to fight against. I would have hated fighting Degale.

“With his southpaw stance, he also has great power and boxing skills. He’s always in range too, so he’s always ready to fire back with something.”