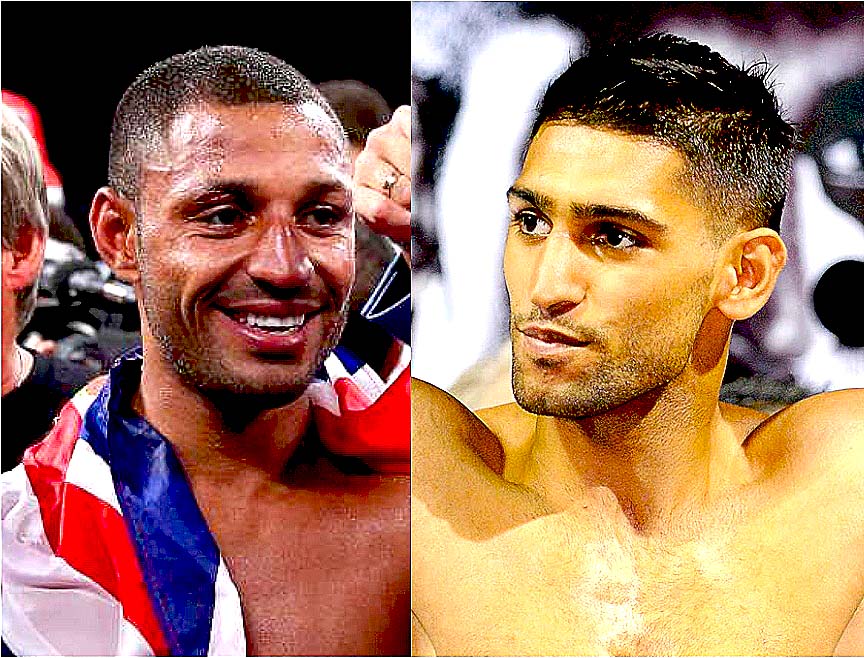 “We expect it to happen at the end of May or early June.”

It now appears Amir Khan will not get the fight he wanted against Manny Pacquiao and so is ready to accept the showdown British boxing really wants against UK rival Kell Brook.

The long-awaited match-up is apparently being discussed to take place at Wembley in May or June next year.

Khan (31-3-KO19) has fought just once in 2015 after outpointing Chris Algieri in New York on May 29th and has by the looks of it from a boxing point of view, been waiting around for answers, firstly from Floyd Mayweather and then Pacquiao as he sought super fights with the boxing legends, neither materialised.

Brook (35-0-KO24) the reigning IBF world welterweight champion pulled out of his last scheduled fight against Diego Chaves in October and has not defended his title since stopping Frankie Gavin in the 6th round on 30th May, but the Sheffield man does have an obligation to take on IBF mandatory challenger Kevin Bizier (25-2-KO17) before a fight with Khan can be considered.

But Brook’s promoter Eddie Hearn is confident of making the national football stadium next summer in a fight that would be a great night for British boxing. After years of talking and baiting between Khan and Brook, Hearn believes now is the time to finally make the fight and is confident, ‘common sense will prevail

“The IBF have ordered us to fight Bizier. We had an agreement to fight Chaves but if the fight’s not for the IBF world title then the agreement is void.” Hearn said in an interview with Sky Sports.

“We’re pushing forward for the Amir Khan fight and we expect it to happen at the end of May or early June. In the meantime, if we have to deal with the mandatory then it’s likely we’ll travel to America to do it because it’s more appealing there than here.

“Bizier has lost to Jo Jo Dan. He’s a decent fighter but it’s not the easiest to sell and we need to prepare for the Khan fight, which is what we’re heading towards. It’s all feet to the pedal on that, especially after him saying he hasn’t got the Manny Pacquiao fight and will fight Kell Brook.