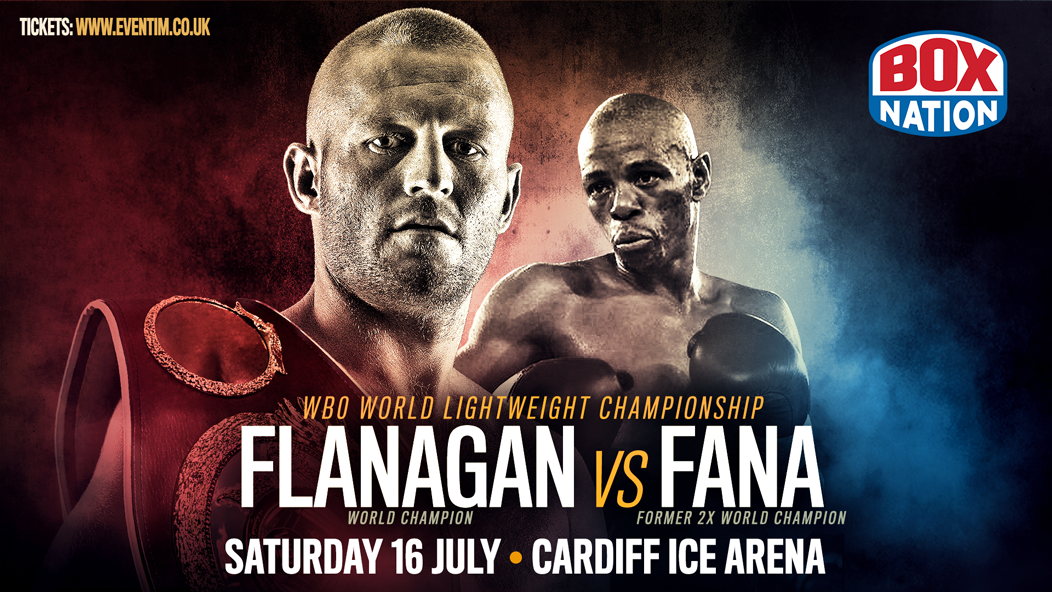 Flanagan, 30-0-0 12 KO’s, had been set defend his World Title against Fana on Saturday 9th July at the Manchester Arena as chief-support to World Heavyweight Champion Tyson Fury’s rematch with Wladimir Klitschko.

Team Fury were left with no option but to postpone the first defence of his WBA Super, WBO and IBO World Heavyweight titles after Fury suffered a badly sprained ankle. However, Flanagan will now defend his WBO crown against Fana on the talent-stacked Ice Arena Wales show; just seven days after the original fight date.

BoxNation, the Channel of Champions, will televise the show live and exclusive on Sky 437/HD 490, Virgin 546, TalkTalk 415, Freeview 255 and also on smart connected devices via multiple platforms. Subscribe here…