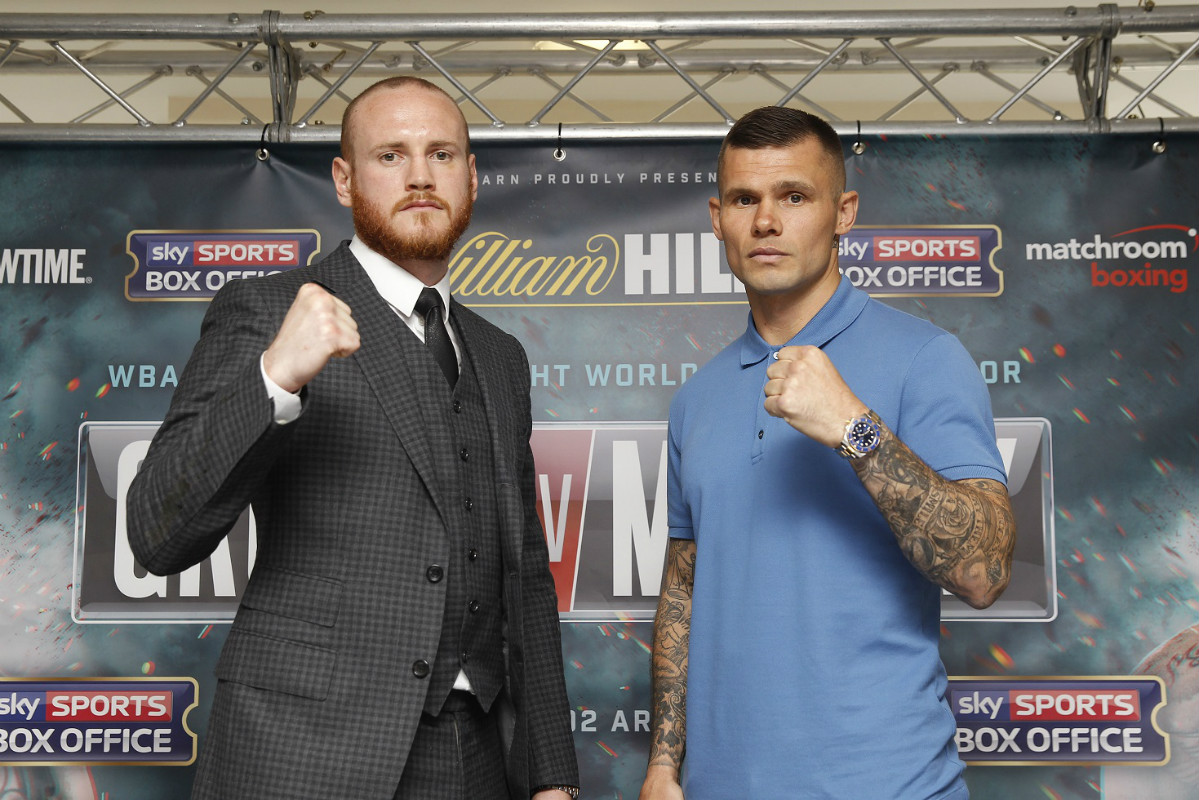 George Groves stayed on course for a fourth world title shot after outpointing fellow Brit, Martin Murray by unanimous decision at the O2 Arena on Saturday night, in what was an eliminator for the WBA super middleweight title.

It was a cool measured display of boxing from Groves (24-3, 18 KOs) who looked confident and focused throughout the contest to out-box and out-wit the the tough man from St Helens.
All three judges scored the fight 118-110, in what was a good entertaining spectacle for the fans once it got going and both began to engage. – Groves’ speed and his fluidity was impressive and he caught Murray (33-4-1, 16 KOs) with some significant hurtful shots throughout and deserved the win.

Groves made a good start and built up an early lead in the first few rounds while Murray looked tentative to open up. – The heads were knocking together dangerously as they came inside and in the 4th Groves suffered a cut on his right eye as the fight livened up after a tentative start.

The cut didn’t have any bearing on the fight and Groves’ corner did a great job keeping it under control so it didn’t affect his performance. His jab was a key weapon in him controlling most of the fight and the speed and power of his slashing hurtful shots we’re a constant threat to Murray who was left exposed when he initiated his own attacks.

Murray began to find some range at the midway point after a slow start to have his own success. He caught Groves with some big right hands and worked well to the body when he got inside, but the Londoner was always a step ahead and remained in control.

The seventh session saw both slug it out, but Groves came out of it the stronger and ended the round with some big shots that left Murray staggered and on shaky legs as he headed back to his corner.

Murray’s legs were unsteady again later in the eighth as Groves attacked and it was the Saint’s punches that were getting through.

Groves remained in control from that point and Murray had to call on his fighting heart and resilience to keep in the fight and see it through as a spirited Murray came on strong in the last three rounds.

A big right from Groves in the ninth hurt Murray again and his legs stiffened as he appeared to touch down, yet Murray made a recovery and landed several hurtful head shots of his own that left Groves unsteady. But Murray came firing back in the tenth and rocked Groves with a big right, before receiving a big right hand counter himself.

It was a very good fight and one that lived up to it’s pre fight billing. The 12th and final round was hard for Murray, as it turned into a slugfest. Groves almost had Murray out on at least two occasions, but he hung in there and finished throwing leather. Martin Murray is a warrior and took some hard shots throughout from Groves, but he never gave in and what a good advert for British boxing.

The win for Groves was his third under new trainer Shane McGuigan, and he can now prepare for a fourth world title fight. – For Murray, who had stepped up from Middleweight to face Groves at super-middle, he will start the re-building process and may go back down to middleweight and chase a fifth world title shot of his own.