Frank Warren: “Beefy” will bounce back from Alvarez loss 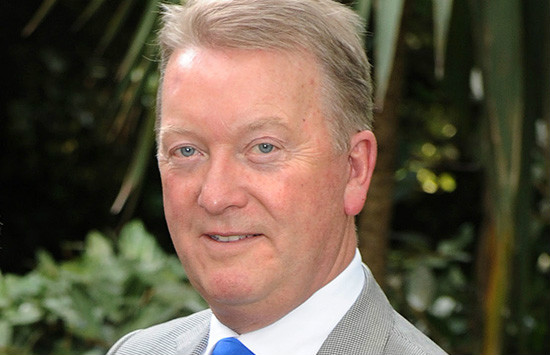 I don’t anticipate getting Liam Smith back in the world title fold being a lengthy process—and nor should it be.

If anything, the stock of Beefy the brave has risen after he went toe-to-toe with one of the greats of the sport in Saul Alvarez.

I gave him a decent shout of causing an upset in Texas, not because I underestimated Canelo, but because I know the character and heart possessed by my fighter.

He came up a little short on the night, but he was prepared to take the leap and mix it with the elite without having really gone near that level before.

It hasn’t been for the want of trying, but others at a similar level who would have provided an ideal stepping stone have never wanted a piece of Beefy.

That didn’t matter to him, he was prepared to take the big step up and put his name out there—and his title on the line. He ended up going out on his shield showing huge bottle and that is what he does.

He is a fighting man and the sport is all the better for people like him and Kell Brook, who both stepped up to the plate against two of the top fighters on the planet.

The way they go about their business is in stark contrast to Chris Eubank jnr with all his bluster and no balls. With the greatest respect to Tommy Langford, who will go far in the game, at this point in time he is no Canelo or Golovkin.

Liam emerged with a lot of credit and is now considered a real player on the world stage, picking up a lot of admirers Stateside.

He would never himself use it as an excuse because Canelo won fair and square, but the cut he sustained in training did not help his cause ahead of such a mammoth assignment.

It had healed up before the fight and it was not like he was hampered by a major injury, but it did put a stop to his sparring and any fighter will tell you how valuable this work is ahead of doing it for real.

Liam still went in there and showed typical resolve and courage and, although Canelo won most of the rounds, I don’t think many people would claim it wasn’t a competitive fight

It was a brave effort from a young man who will learn from it and come back. He was very well received out there and got quite a few plaudits but, with the cuts, I don’t expect he will be fighting again until early in the new year.

He will come back strongly and become a world champion again. He never really took a belting in the fight, he got caught by the body shots, but I do suspect his defences were loosened a bit due to the lack of sparring.

He has now experienced fighting in front of over 50,000 people in a stunning stadium and this will stand him in good stead going forward.

There are other big fights out there and Liam wants them. One defeat will not deter him from becoming the great champion we know he will be again.