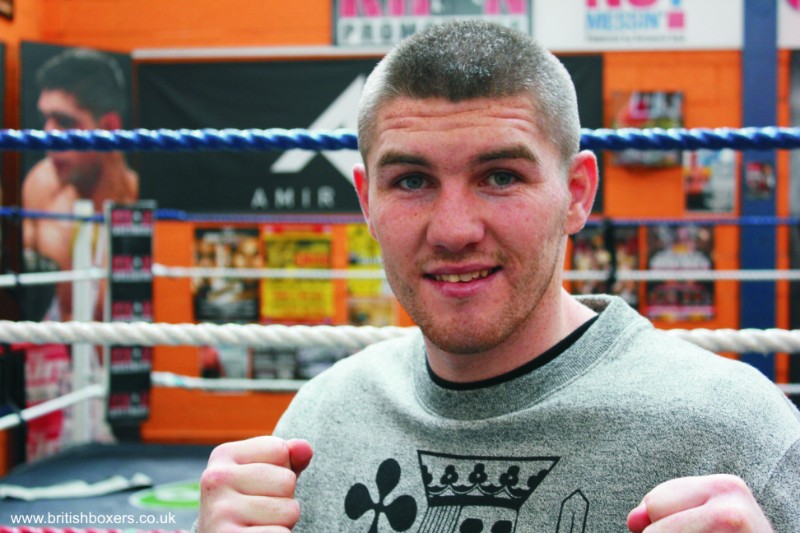 One third of the trio of history making British title-holding Smith brothers Liam, was adamant at the Liverpool press conference that it would be harder to defend his belt than it was to win it, when he faces off against the tough Mark Thompson on Queensberry Promotions’ bumper 7th December show at the Echo Arena.

He was quick to say, however, that this means that he will be upping the intensity in his forthcoming training camp and ‘train as I hard as I can to keep this title’.

The slick styled Liverpool light-middleweight said: “Thomson is strong and really tough, and I used to rate him, but I think his best days are behind him. He went out to Germany and although he was losing the fight he put a good performance and the fight got stopped with a stupid early stoppage by the referee.”

Smith, who became the third of the Smith brothers to pick up the Lonsdale belt when he captured it in stunning style outclassing Eric Ochieng earlier this year, reinforced his intentions to keep the historic statistic intact on 7th December saying:“ Believe me I’ll be training for the best Mark Thompson as he’ll be massively up for it, but there is no way I’m going to let him take my belt.”

A further big title fight added to the card sees a potential thriller between the unbeaten Joe Selkirk and Oldham’s hard-hitting Ronnie Heffron for the Vacant WBO European Light-Middleweight title.

The undercard will feature Ellesmere Port’s fast-rising lightweight Matty Fagan; top unbeaten Welsh talents Craig Evans (super-featherweight) and Liam Williams (middleweight) will both feature and making his debut for Queensberry Promotions will be Stoke welterweight Josh McLaren who will be looking to make a big impression. Completing the card will be Manchester’s Liam Cullen (cruiserweight) and Ciaran McVarnock (featherweight).