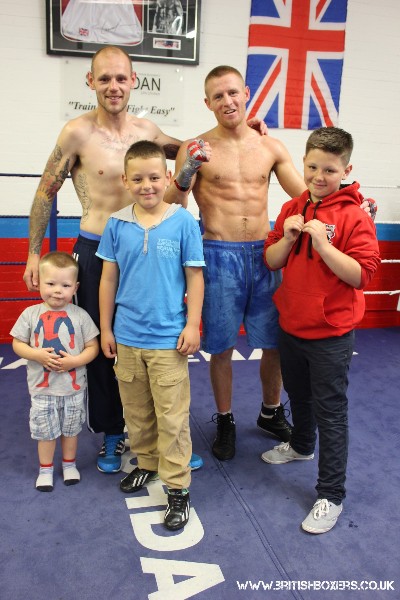 HOOPER: CARDLE HAS BEEN AVERAGE – I BECOME CHAMPION ON OCTOBER 7

Kevin Hooper says he will end Scotty Cardle’s ‘average’ reign as British Lightweight champion when they clash at the SSE Hydro in Glasgow on Friday October 7, live on Sky Sports.

Cardle defends the belt for the third time next week, having clashed twice with Birkenhead’s Sean ‘Masher’ Dodd in Liverpool. The first outing ended in a dramatic 12th round stoppage win for the champ in November and he then held onto the strap with a majority draw in April.

Grimsby challenger Hooper believes the Lytham St. Annes based Scot is lucky to still hold the crown and the former English champion plans to end his reign in style in Glasgow.

“I’m in the shape of my life for this fight and I know I’m going to beat him,” said Hooper. “We’ve had plenty of soars in the past and I’ve handled him comfortably. He looked average against Sean Dodd and I know his weaknesses and how to exploit them.

“I’ve had to get this shot the hard way and I’ve earnt it where as he has been gifted opportunities I can’t wait to become British champion on October 7.”