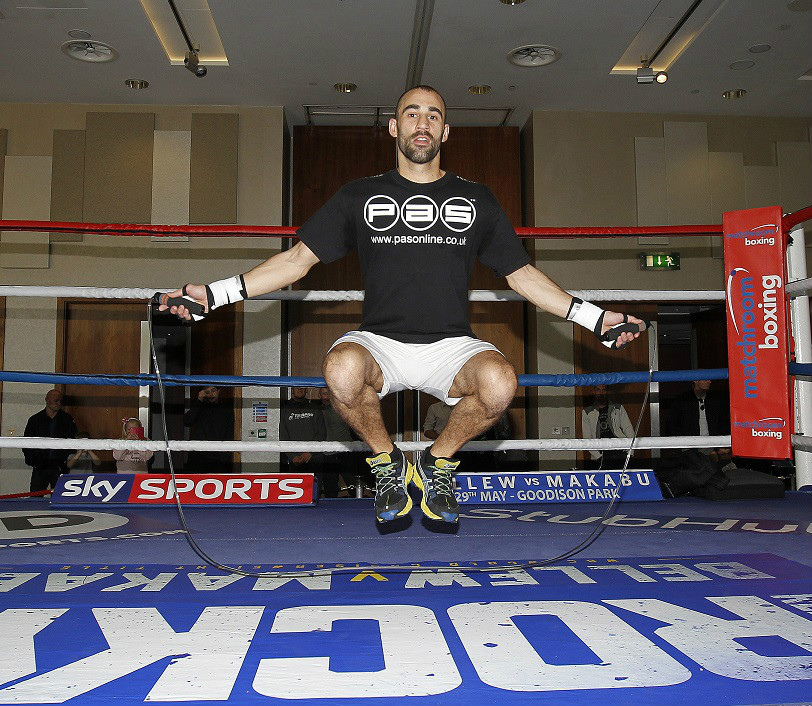 Birkenhead’s Masher aims to make his mark on World stage

If Anthony Crolla is generally recognised and referred to as ‘the nicest guy in boxing, then Sean ‘Masher’ Dodd isn’t far behind him for that accolade. The Birkenhead brawler who has took his career by the scruff of the neck and grasped his opportunities when they came, deserves the chances that are coming.

Local hero Masher, is a product of the Venture ABC in his hometown, where he still boxes today, under the tutor-ledge of boxing men and other local heroes Sean Trodden and Danny Kelly, who have created a club that has changed many young peoples lives in the district and is producing talent both amateur and pro, including Sean Dodd. – Masher is an idol to the kids who come to the gym, he is their shining light and they look up to him and what he has achieved for the club, but he is just one of them and is an example and inspiration to what can be achieved if you dream big.

Last year Masher stormed the British boxing scene and made a name for himself, when at just three-days notice he defeated former British champion Gary Buckland in what was considered a big upset at the time, given Masher’s inexperience at that level. – The fight set him up to challenge for the British lightweight title against champion Scott Cardle. – Masher pushed Cardle all the way and was winning what was one of the fights of the year, but he was then controversially stopped in the 12th and final round with just one minute to go.

A rematch was called in April, but again Masher fell agonisingly short and was outpointed, although many believed he had won the fight. – Again after the two wars with Cardle, the Birkenhead man’s stock risen further and he hasn’t let the two losses deter him, on the contary! Masher was soon back in the gym and ready to push on, taking heart from his performances in the Cardle fights.

People like Masher! – He is a nice guy and instantly he is one of them characters you take to, face to face or watching him on the telly. He has a welcoming friendly aura and you get him! You will find most boxer are, Masher typifies that belief. – His likability and the fact he is representing his home town of Birkenhead, which has had it’s social and economical problems over the years, means he sells a lot of tickets.

His support is fantastic and on Sunday night in Liverpool, just under the Mersey tunnel on the Scouse mainland, Masher will, to the delight of his faithful, fight at the home of Everton Football Club, Goodison Park for the WBC International title.

“I am over the moon to be on the show and to have this fight,” said Dodd. “It is great to be fighting for a title and I am excited to get in there on Sunday. It is a great card and to be a part of it on a massive night for the city.

“He is a tough Italian fella. He has done almost as many ten and 12 rounders as I have had fights. He is a little bit older than me so it could be his last chance and that could make him very dangerous. He has a lot of things in his favour and I am expecting a very hard fight.

“A win can get me a world ranking with a win and to get into the rankings so soon isn’t something I would have expected a year ago.

“Taking these opportunities has given me a life I didn’t have. I am feeling good and very hungry and I cannot wait to get back out there. I am an entertainer and I am going to rise up to this level, put on a good show and win this title.

“In the gym I am feeling confident and I feel that I have moulded into the professional lifestyle so well. I feel like I am on a level to fight Di Silvio and for the WBC International title.”

While Dodd is feeling good about his chances, the 31 year old can be forgiven for have been down in the dumps following his second meeting with Cardle last month.

Having been stopped by the Lytham St Annes man in the final round of the first contest when he was in front on the cards, Dodd and his fans were certain that he’d done enough to get the nod in the rematch only for the judges to rule the contest even – but landing a huge fight at Everton has helped Dodd get over the disappointment of the rematch.

“I know a lot of people were upset with the last decision, as was I, but it’s ancient history now, I have put it behind me and I am looking to the future,” said Dodd. “I have a bigger fight now and I am moving on and moving up.

“Decisions are out of my hands so I am more interested in how I perform. Every time I have stepped up I have performed well. In boxing it is about listening to your coaches and the tactics, not going out there all gung ho.

“Every style has a weak link so I have been listening a lot more to my coaches. I have always listened but even more so now because bigger things are at stake. I have been nailing the tactics and the performances have been showing.

“From where I have come from in the last fight, it has left a lot of hunger so I am going to go out there and grab this by both hands. It is a big opportunity and I don’t let those go by. It doesn’t get much bigger than fighting at Goodison Park.”

Dodd’s clash with Di Silvio is part of a huge night of action at Goodison Park as Tony Bellew aims to land the vacant WBC World Cruiserweight title at the home of his beloved Everton against Congo KO star Ilunga Makabu.

Stephen Smith looks to bounce straight back from his brave World title challenge by taking on Daniel Brizuela for the vacant WBC Silver Super-Featherweight title, and he’s joined on the bill by his Super-Middleweight brothers Paul and Callum.

Tickets are on general sale now priced £40, £60, £100 and £200 and can be purchased by visiting www.evertonfc.com/eticketing, or www.matchroomboxing.com