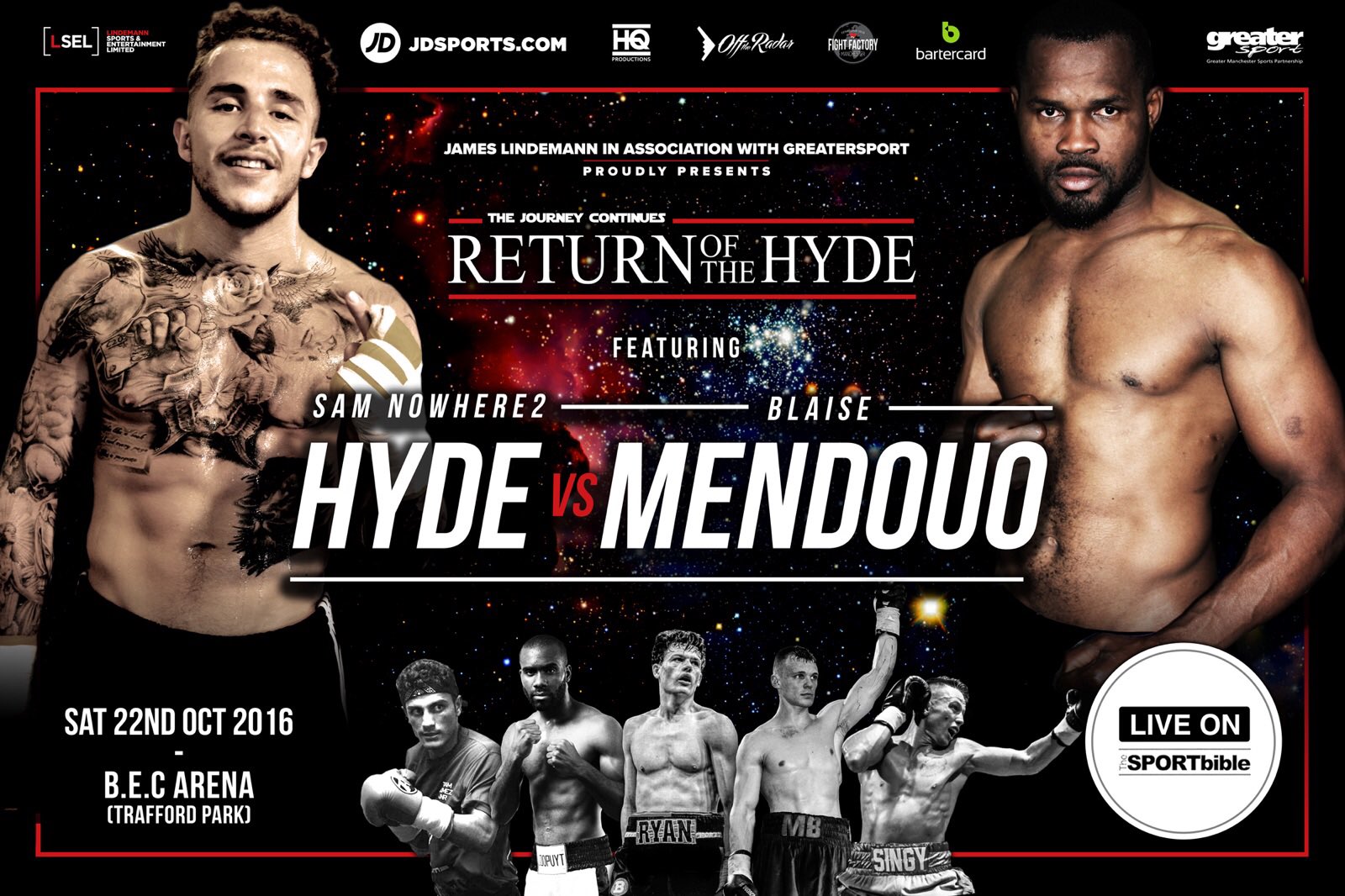 Two unbeaten cruiserweight prospects go head to head this Saturday night in a contest that has got the local Manchester fight scene buzzing.

Former two time ABA champion Sam ‘Nowhere2’ Hyde, 22, (7-0-1, 3KOs) from the Champs Camp, in South Manchester, is trained by Ensley Bingham, Maurice Core and Dan Murray and is rated has one of the best cruiserweight up and comers in the division and he is full of ambition to reach the top.

Blaise ‘The Lion’ Mendouo, 30, (3-0) is a Cameroonian who now lives and trains in North Manchester at the Collyhurst and Moston Boxing Club under the tutor-ledge of Pat Barrett and Paulie DaSilva. The African is a former Commonwealth games bronze medalist and was also a former Olympian representative for his country.

Both boxers know each other fairly well after spending many rounds sparring together in their respected gyms over the last couple of years. The spars were always bruising affairs and riveting viewing for those who witnessed them,. But now they are to do it for real on October 22nd, at the B.E.C Arena in Trafford Park on a James Lindemann Promotion, named ‘Return of the Hyde.’

These are two honest pros willing to take each other on and risk their unbeaten records, after finding it difficult to secure opponents in a division not scattered with journeymen or other prospects willing to risk a reputation against a rookie banger, Hyde and Blaze can both hit hard and this six round schedule battle could turn into one of the small event fights of the year if the styles gel and both start to unload bombs.

This is a fight that will determine levels and who is more equipped to take the first step onto the next level. It is by no means the end of the road for the other in defeat, but questions will be raised depending on the outcome. If it is a close fight, then they can both move on and maybe we will see a rematch or even a trilogy, you never know, but this is an intriguing fight not to be missed.

British Boxers interviewed both boxers and members of their camps and also found footage from last year of them sparring and being interviewed together, we have added this to the edit. In the video (above) we ask both boxers their thoughts on the fight, about the sparring sessions and what they think of each other. The video also has clips of the pair sparring.

For Tickets to see the fight visit: www.l-sel.com