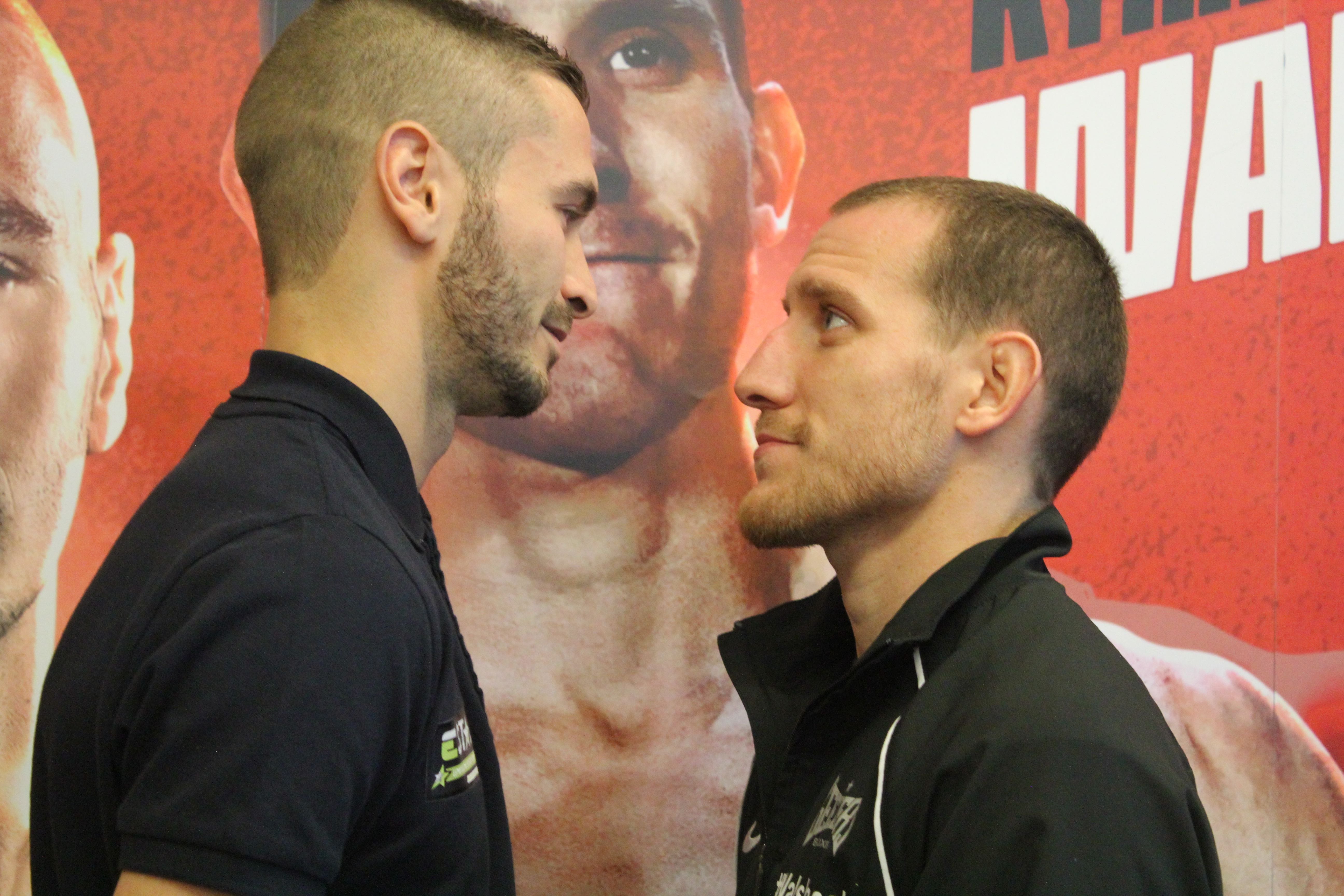 Dennis Ceylan (17-0-1, 8 KOs) and Ryan Walsh (21-1-1, 10 KOs) both appeared in a confident mood at the final press conference ahead of their vacant European Featherweight title fight on Saturday (15th Oct) at the Arena Nord in Frederikshavn, Denmark.

Current British Champion Walsh, is over in Denmark to take on the unbeaten Ceylon says he is returning home to Cromer with the European start and plans to spoil Ceylan’s plans. ‘’I’m excited to be here in Denmark fighting for the European title,’’ said Walsh. ‘’I think it’s going to be great fight and I believe Dennis will bring out the best in me, but I’ve been training hard and I’m confident I will win. I’ve already won the English and British titles, so this is the next step for me, and after I bring that blue belt home, the World title is next.’’

His opponent Ceylan is aiming to become Denmark’s first European Champion for over ten years, while Walsh will be hoping to upset the home fighter and add the European strap to his collection of English and British titles.

Speaking to the media today at the Crowne Plaza Copenhagen Towers hotel, Ceylan said he has had the best preparations of his career, and believes he is ready to write a new chapter in Danish boxing history.

‘’I’ve had the toughest training camp of my career and I feel better prepared than ever,’’ said the 27 year-old Aarhus-boxer. ‘’I’m expecting a close fight, but I believe I’m the better boxer, and I intend to prove that on Saturday night.

‘’I’m not just fighting for myself. I’m fighting for my children, my coach and my country. I want to make everyone proud and repay the support they’ve shown in me. It’s been a long time since we’ve had a European Champion in Denmark, and I want to put Danish boxing back on the map!’’

‘’It has been over 10 years since Denmark last had a European Champion,’’ said promoter Nisse Sauerland. ”And on Saturday night , Dennis can write his name in the record books. It’s a massive fight, one of the biggest this country has seen for many years, and it’s a real 50-50 contest. It will be a tough test for Dennis, but I have seen him in training, he looks in great shape, and I believe he is ready.’’

Tickets are available online via http://www.arenanord.dk or by calling (+45) 96201050. All the action will be shown live on Viaplay Fighting across Scandinvia and on BoxNation in the UK. For more information, please visit http://viaplay.dk/fighting