Eubank Jr: All aboard the hype train 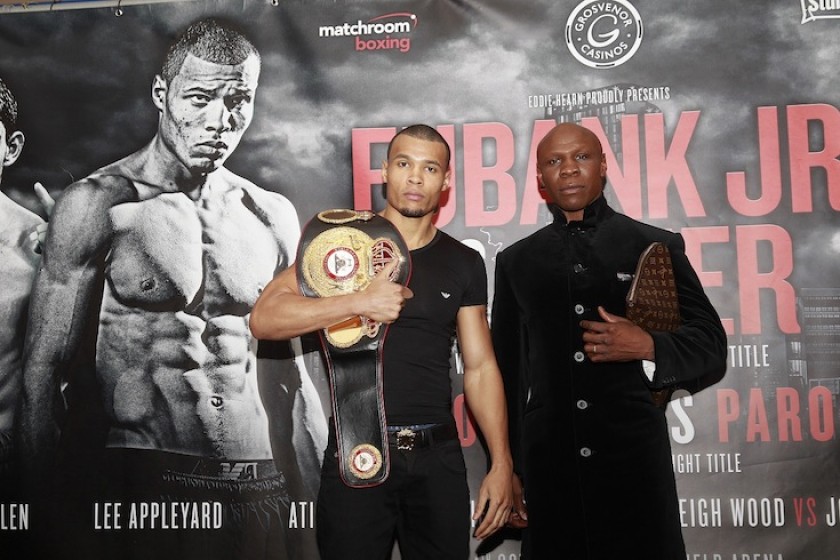 There’s no such thing as bad publicity. So far, the career of Eubank Jr certainly falls within the bounds of this well-worn cliché of media promotion.

Whether it is the vast, looming shape cast by his father’s shadow, or the so-far curious path that Jr. has trod on his mission to reach the upper echelons of the middle and super-middle divisions- we all love a bit of hype around a fighter; especially if this hype is seen by some as unwarranted or unmatched to accomplishments inside the ring.

So let us for a moment, question the legitimacy of this particular hype-train.

Firstly, I want you to forget the debate about whether Jr. would get the same opportunities if it wasn’t for senior’s pedigree and legendary status in the sport.

In boxing, the genetics of a fighter are the building blocks of a champion, and it obviously doesn’t hurt to have an absolute specimen as your father in this regard. In this sense, yes- of course being a champion’s son gives you a physical advantage- especially the son of a man whose physical abilities were out of this world.

In terms of accomplishments, however, the sons of powerful men often struggle to find their own path. After all, it is the struggle to the top that ultimately gives you the skill and experience to become a champion. In this way, it could be argued that Jr’s status, even by name, is as much of a weight for him to shoulder, as it is an advantage. This was evident in the Billy Joe Saunders fight, where the expectations seemed to simply get the better of Jr.

Eubank Sr. is clearly revelling in the notoriety that this brand of ‘bad-boy’ marketing has created around his son. Even the choice of fighting for the often dismissed IBO-strap has taken on a life of its own; where by boxing fans are dismissing it as a sham. A lot of them though, will still be paying attention (some will even be paying ITV!).

You see, whether the IBO-title lacks prestige or not doesn’t matter- the decision to contest it (and as a PPV on ITV no less) has merely added to the momentum of the already bombastic train as it forges ahead.

Should the Quinlan fight (and yes- I’ll be watching) go according to the script, it is the next fight that one suspects will be the making of Eubank Jr.

Be it at middle or super-middle weight, any of the touted possibilities (BJS, Degale, Callum Smith, Zeuge, Ramirez- even GGG) look like fights that British boxing fans could get excited about.

In any case, 2017 is set to be the year that the hype-train is either derailed or arriving at its destination. Either way, it’s set to be an entertaining journey- which, after all, is what this boxing game is all about. So get on board!