Will Haye-Bellew live up to the hype? 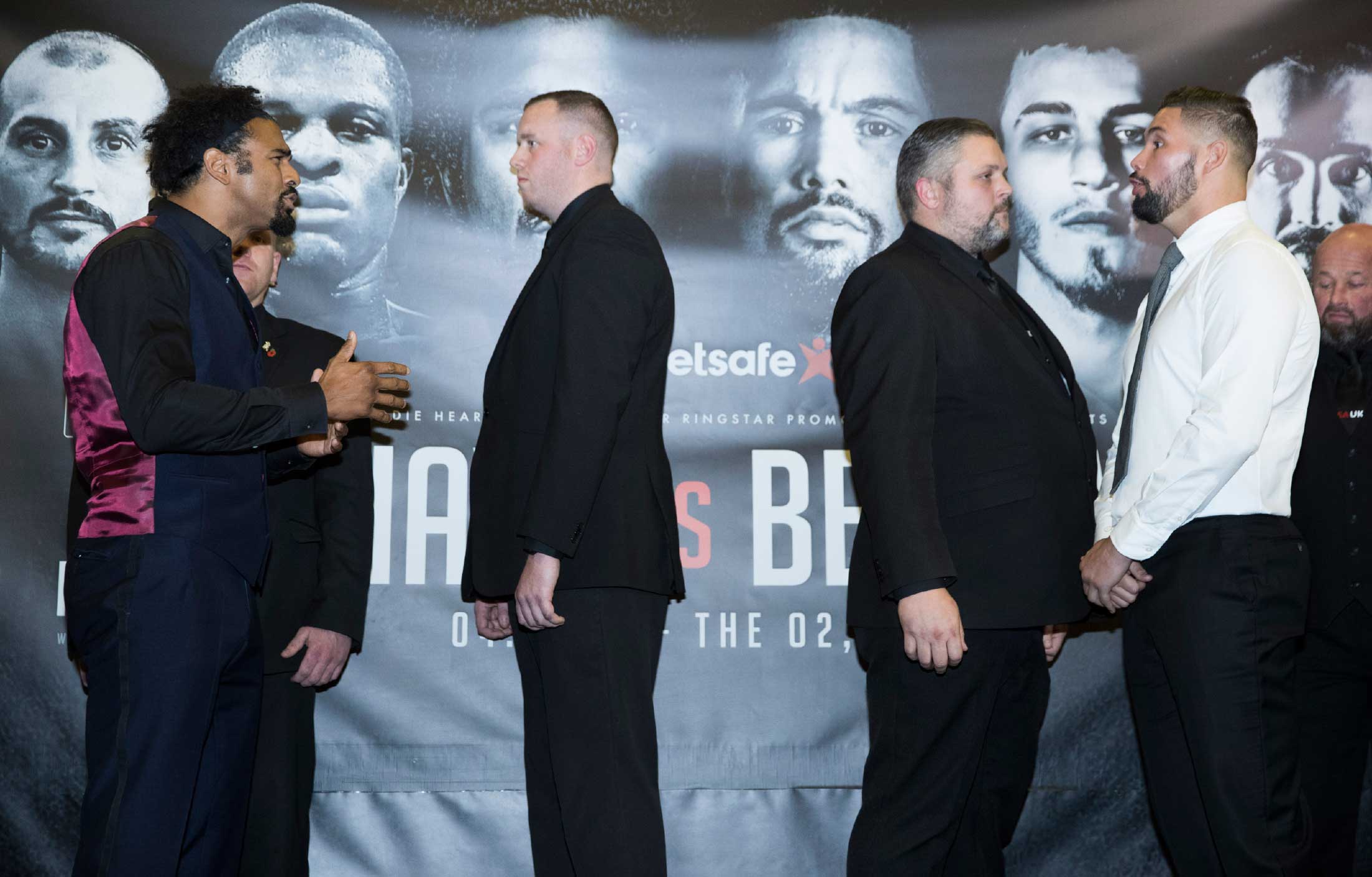 The bitter rivalry between David Haye and Tony Bellew comes to a head on Saturday night, as they clash at the O2 Arena. These two have been at each other’s throat for months now, and this weekend the talking finally stops. If this bout comes anywhere close to the hype these two have built up, then it’ll be long remembered.

It’s hard to see the fight matching up to what these two are promising. Haye is a heavy favourite while the Liverpudlian is the underdog. Which is hard to see as all the noise and trash talk as been coming from Bellew. Given that Bellew is moving up in weight to set up this fight, it’s easy to see why he’s the underdog. However, is Haye prepared, given the level of his recent opponents?

Which Bellew soon pointed out when the two clashed at the end of the Bomber’s last bout, against BJ Flores. He called out the Hayemaker, who was there on media duty. Bellew told the former heavyweight champion, “Those two guys you’ve just fought, they’re now working on nightclub doors or putting the bins out. They were a joke.” He followed that up by threatening to put the favourite to sleep. Will their clash live up to all the build up?

Well he did have a point about Haye’s two fights since returning to the ring. His two fights in 2016 lasted just three rounds combined, which came after three and a half years out of the ring. It’s hard to see that preparing him for this clash, even though he’s favourite. Bellew has seen his fair share of long bouts, with seven of his last 11 lasting at least 10 rounds. With the Haye untested in years. In Fact the only decent fight Haye has been involved in. Was five years ago on 14th July 2012 against our own Dereck Chisora. Winning by a TKO in the Fifth round at Upton Park.

Bellew has been very active in recent years since 2012 the Evertonian has had thirteen fights winning eleven loosing only one and drawing one. Racking up eight K/O’s along the way. He has got up off the floor to win which shows great heart. All champions have this however Haye will be alot heavier and faster than Bellew previous opponents. Not forgetting the punch power of Haye.

All in all one will have to eat alot of humble pie come post fight interviews. Personally I think the spoon will be placed in front of Mr Bellew…