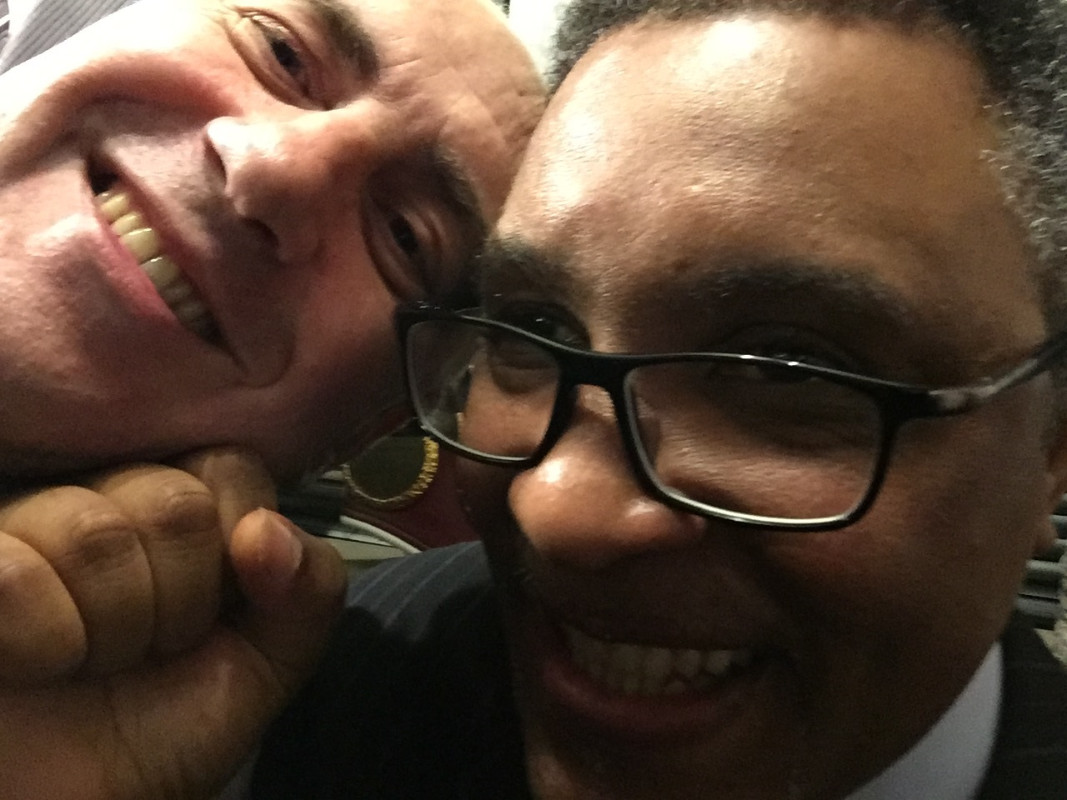 It was twenty-three years ago when I last saw him. His eyes were closed and an oxygen mask was strapped to his mouth. His magnificent muscular torso was a tangle of tubes and sensors. He lay on the bed like a sleeping baby. The slightest of frowns pinched his forehead as if he were dreaming the longest dream: a dream that would last for a Biblical 40 days and 40 nights before he would awaken to discover that his life had been ripped apart. That he could never again be the person that he used to be.

In a windswept hotel on the outskirts of Essex I sit at the rear of a vast banqueting hall and wait to see his face once more. I’m wearing the suit that I wore on my wedding day and for the last three funerals that I attended. You could say that I’m not a suit person. It hangs loose on my body on account of the large amount of weight I’ve lost in the past couple of years.

“You’ve put some pounds on,” says a cor blimey voice, “You used to be a skinny fella…”

The voice takes a seat across from me at the table and I recognise its source. It’s also been more than two decades since I last saw him and he’s lost his hair—although I’m not one to talk—and is something like twice the size that he used to be.

The other man caresses his beer gut and stares at the floor. “Yeah…I’ve been working out…” he says without a trace of irony.

The stranger from my past withdraws to the bar leaving me at the dinner table to gaze at other faces. In the far corner an ex-boxer named Nigel Benn is charging twenty quid a shot to be photographed with time-ravaged fans. The former world champion looks trim and wears a stylish striped jacket that would probably look ridiculous on anybody else. He grins earnestly and waves a weary fist at the camera. The middle-aged car salesman standing next to him follows his lead for posterity.

On the table closest to me I spot Alan Minter in a bow tie. A lifetime ago I’d been a 17-year-old waiter serving wine at an event not unlike this one to a bashed up Minter, who had just lost his undisputed world middleweight title. Back then he was one of the most famous people I’d ever met and I’d been in awe of him. Total awe. But now it’s only sorrow. His position at the outskirts of the hall—almost as remote and desolate as my own location—serves as a barometer for just how many people have forgotten his achievements. He’s at the back of the queue now and others have moved forward to take his place.

The speeches begin: on a long table at the front of the hall a smiling Nigel Benn is surrounded by other refugees from days gone by. A retired boxer named Rod Douglas sits close to another ex-boxer named Herol Graham, the man whose punches put an end to Douglas’ career. The two seem unaware of each other’s presence and I wonder if this is no accident. To Graham’s right is former world featherweight champion Colin McMillan, and an assortment of other former prizefighter’s whose blurred features remain hidden in the shadows. But I’m not here to see these people. Although they all in one way or another belong to my past I’m here to see only one person. I know he’s coming because the organiser of this tribute to Nigel Benn tipped me off before kindly inviting me along. Everybody else seems to know he’s coming, too; it has to be the worst kept secret since someone let it slip that smoking is bad for you.

A whisper from the table: “Michael’s here…” And suddenly I can stand it no longer. I climb to my feet and quietly exit the hall. Standing listlessly at the foot of a smartly decorated staircase are two disinterested looking bouncers. I ask them if they’ve seen Michael and they gesture towards a small corridor to the left of the staircase.

I find myself standing outside a disabled toilet. I try the handle. It’s locked. But just as I’m leaving, the door swings open and a large middle aged black man with glasses and greying temples appears. We look at each other for a long time and words tumble from my lips: “Michael… It’s so nice to see you…” It’s all I can think of saying. My voice is trembling and already I’m weak with emotion.

The man in front of me is slightly taller than I and wearing a freshly-pressed grey suit. He stretches out a huge hand in my direction and gives me the thumbs-up.

“It’s so nice to see you,” I repeat. I take hold of that giant hand and gently stroke it like a fragile flower.

He shuffles past me with obvious difficulty into the darkness of the banqueting hall. Heads begin to turn as Michael rests his hand on somebody’s shoulder and is slowly guided towards the top table. The man with the microphone stops talking. It takes several seconds before people begin to understand what is happening.

Back in my seat I watch as Nigel Benn leaves his chair and wraps his arms around Michael. Vanquished and victor reunited. A quarter of a century ago Michael had bludgeoned Benn’s exhausted body to the canvas on a memorable night in Finsbury Park with Benn’s Commonwealth middleweight title at stake. But now the pair are locked in a lover’s embrace. The sight is surreal and invigorating and life affirming. I’m breathless and dizzy. Our brief reunion was so simple. So ordinary. In the days leading up to that moment I had been nervous, restless, full of questions. Would Michael remember me? Would he want to see me again after all this time? But it had all seemed so natural. It was more than I could ever have hoped for.

Still more speeches. Food is served: simple but edible and I make decorative chit chat with the strangers at my table. But I’m yearning to tell somebody about the miracle that has just occurred. About how Michael and I were once friends. About how he was a young boxer and I was a young writer and somehow we formed a partnership that meant something. About how I went to visit Michael on the night of the injury he sustained during a world title clash with Chris Eubank and was received less than warmly by his overprotective friends: even though they should have known better they saw me as nothing more than just another journo, come to get his pound of flesh from the stricken figure in intensive care. About how I decided that the best thing I could do was keep away from him, let the ones who loved him do what they could. About how I stopped writing about boxing from that day and tried—really tried—never to return.

At last a break in the proceedings and I find myself walking up to where Michael sits alone for a moment or two. We look into each other’s eyes and once again he extends his fist and once more all I can say is: “Michael… It’s so nice to see you…”.

Michael looks at me. His face is fatter than it used to be. Ancient scars run like dried up riverbeds above his left eye and across his chin. His hair is dusted at the edges with white, like fake snow.

And I’m choking up again: “Michael,” I say. “I just want to thank you. You’ve made such a difference to my life…”

And it’s true. When I first met Michael I was penniless and struggling. Because he believed I was able to make a small mark in sports journalism and later as a writer. I owe him a debt that I can never repay.

Michael looks at me strangely. As if he feels a little sorry for me. “You’re too emotional,” he says, his speech slightly blurred. “You shouldn’t worry about things so much.”

Then Michael moves his head a little closer to mine. He says: “I can see that you have the spirit in you…”

Alarm bells ring. I remember that Michael and his family were always very religious. I interrupt him: “I’m sorry,” I awkwardly stutter, “but I’m an atheist. I don’t believe in God.”

“Neither do I,” says Michael, either lying or de-converted by his near death experience. “But I can see you have the spirit in you.”

“I love you,” says Michael.

“I love you, too,” I say. And suddenly everything is all right. We’ve taken two wildly different routes to arrive here at this hotel in Chigwell on a sticky October night but here we are. I’ve watched him live out his life in the media. Seen him on the news collecting his MBE. Listened to the crowds cheer as he completed a marathon that took him six tortuous days of walking. But we’re here now. I’m 53 and he’s 50. There’s still time to rekindle our friendship. There’s still time.

Michael Watson frowns at me as I gently hold that once violent fist of his in my own. “What’s your name?” he asks.

Visit http://ianprobert.com/ for details of Dangerous, Ian’s latest boxing book. you can also access his work on fiction, including his critically acclaimed book Johnny Nothing, by going to his Amazon page via this link.