George Groves: “I want to become World Champion and I want to be involved in some huge fights!” 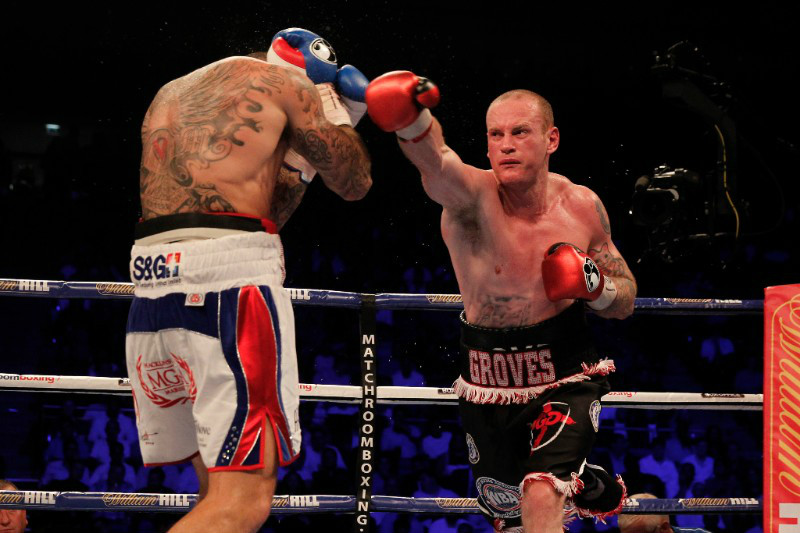 George Groves (25-3, 18 KOs) believes the time is right for him to be crowned World Champion when he meets Fedor Chudinov (14-1, 10 KOs) on Saturday, May 27 at Bramall Lane in Sheffield, live on Sky Sports Box Office.

Since linking up with coach Shane McGuigan, the 29 year-old has secured four successive victories to pave the way for his latest World title tilt, and the ‘Saint’ says now he is ready to realise his ultimate ambition and capture the WBA belt.

‘’My training has gone well and I feel really sharp,’’ said Groves. ‘’I don’t feel rushed or like I’ve had to sacrifice anything, and come Saturday night, I’ll be firing on all cylinders and ready to do some damage.

‘’Chudinov is a good opponent. The belt is vacant because he lost his last one but he was a bit unlucky in that fight. There are still some unknowns about him. We haven’t seen how far he can be pushed, but I know I’m capable of beating him.

‘’I believe this is the best opportunity for me to achieve my dream and become World Champion. Time is on my side. I had a good year last year, and I’m in a good place. I’ve put in the work, and now, I need to make this count.

‘’Everything that’s happened in the past has made me more determined. I know the pressure is on, and I can’t afford to make any more mistakes. This might be my best chance to win a World title, but it could also be my last.

‘’It’s up to me to deliver. I want to become World Champion and I want to be involved in some huge fights. I know I’m good enough, and with Shane in my corner, I’m back to my best, and ready to make it happen.’’

Groves’ clash with Chudinov is part of a huge night of action in Sheffield as Kell Brook defends his IBF World Welterweight title against mandatory challenger Errol Spence.