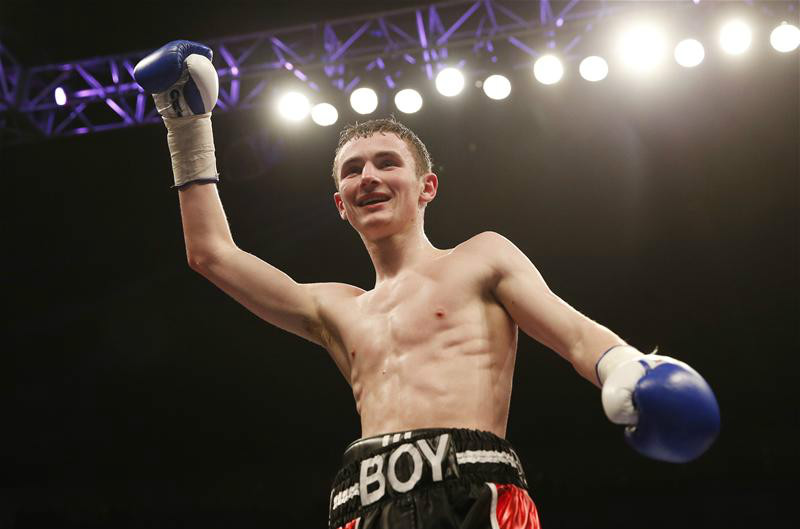 There is a growing amount of boxers who are now turning professional without the amateur background of years gone by, rather doing so by plying their trade on what is known as the unlicensed, white collar or semi pro scene dependant on who you speak to. Success as professional fighters has been sporadic if you base it upon title success whereas many have taken on a role of gatekeepers or journeymen. As the route is now appearing to be a viable alternative to having amateur experience – is it a better route and what reasons attract the people to do so?

Perhaps the most successful boxer from the unlicensed scene was Nick Blackwell who went on to win the coveted British Title. Despite his almost fatal loss to Chris Eubank Jr, Blackwell remains one of the most successful products of the scene with Lonsdale belt and with the improvement he was making if he hadn’t run in to Eubank that night one could see him potentially picking up a European. From having 17 or 18 Unlicensed fights with no losses he set the benchmark of what could be achieved with that background.

Lee Purdy is rumoured to have had many unlicensed fights although it is also known he had amateur experience. This had become a popular route in to the pro scene although it is likely to become less popular with the recent removal of headguards. Purdy himself was successful enough to challenge for a World title over in America, yet again his career was cut short by an eye problem.

John Wayne Hibbert was on the unlicensed scene and said to have built the fan base he carried over to the professionals here. It is unsure what his amateur record was but its said he used to pack out the circus tavern. Having won WBC international title and the commonwealth title with numerous fights broadcast on Sky his career has been successful as he prepares for a comeback.

Looking at current prospects to have come from the unlicensed scene – Jordan Thompson is a name who stands out as he is currently signed to Frank Warren, and is an absolute giant at 6 foot 6 coming in under the cruiseweight limit of 14 stone 4. He has confessed he learnt his craft boxing up and down the country (sometimes more than once a week) with sometimes his girlfriend doing his corner to get experience. He now boasts a 5 – 0 pro record and bigger things lie ahead.

You can imagine if a fighter is matched with Luke Blackledge his heart will sink as they know they are in for a difficult evening. The commonwealth and WBC international titlist has fought the toughest domestic competitors at super middleweight and held his own. His next fight scheduled to be against Danish Lolenga Mock, if he is successful there it will boost his ranking to potentially fight for an EBU title.

Dominic Negus protégée Boy Jones Jr (pictured above) learnt his craft on the unlicensed scene before turning pro at 18. A giant at featherweight he has many years ahead of him to achieve success.

Dependant on how you view success – some of the more successful and respected Journeymen in the country learnt their craft on the unlicensed scene. You have light heavyweight Darren Snowy Snow who has saved various shows by turning up at late notice, respected Newark super lightweight Fonz Alexander who has only been stopped 3 times in 56 losses and always gives a good account, and lightweight Lee Connelly who often fights at late notice, and has mixed with high class opposition with only 4 stoppage defeats out of his 25. Minus these dependant road warriors boxing as a sport in the UK would not be able to thrive the way it does as they play an integral part in saving the show and in developing prospects.

Perhaps the most well known journeyman of that scene is centurion Johnny Greaves who was a title holder in unlicensed then opted to go pro as a journeyman. In the book ‘the journeyman ‘ by Mark Turley he states he took this route after being given money to move around in Mansfield. He realised he could do this as a professional and make far more money and has fought Darren Hamilton, Lee Purdy, Anthony Crolla, Jamie Cox, Liam Walsh, Ryan Walsh, Scott Lawtorn, Lee Selby, Gary Sykes, Tyrone Nurse, Adil Anwar, Gavin Rees, Chad Gaynor, Stephen Ormond, Maxi Hughes, Bradley Skeete, Shayne Singleton, and Scott Cardle so his role in the development of British boxers cannot be understated.

Its not just fighters who have used this route to become professional. Numerous promoters are now building up their bond money or getting their experience via this route. The most famous of them is Frank Warren who ran his first unlicensed show back in the 80’s before opting to try his hand on the professional circuit.

So why did they opt to take this route? Prior to the removal of head guards in amateurs many cited this as a reason as to why they preferred unlicensed. One for not liking the head guards and two for being a little bit closer to the pro game.

Others used it as a way of building up a lot of experience in a short duration of time. There appears to be a lot more shows than its amateur counterparts and it is highly unlikely that fights will fall through in the same vein as an amateur show as the contestants (well at least the away one) are getting a small wage. This guaranteed experience plus the chance to fight consistently is a reason many do it.

Some opt to do it knowing their opposition will be less than that in amateur. Whereas amateur boxing has always matched fighters 50/50 to get closely contested match ups each show, on the unlicensed scene home fighters are built up with what is an unlicensed version of journeymen. These journeymen predominantly turning up to pick up small pay normally around £200.

This shows that as a reason some do it, for the money. An unlicensed home fighter selling 100 tickets will make more fighting unlicensed than he would fighting pro. The tickets are normally easier to sell as well due to some flexibility on the price plus being generally cheaper.

Some like it simply because they get a fair bit of notice for a fight and need a date to be in the gym along with making weight. There are also those who opt to do it as a way of continuing boxing after doing amateur and failing to get pro boxing licenses either for health reasons or criminal convictions.

Perhaps the most appealing reason is the crowd as a boxer who goes professional knows he has to sell tickets, and will need a strong fan base continuously doing so if he is to have success. There is a far bigger audience at an unlicensed show as the venue is normally better for a casual fan looking to

have a drink and a good time, with production values, ring card girls, entrance music etc. A fighter can build his ticket sales on this with steady opposition in time for going pro whereas an amateur may fight at home twice a season and then fight away the remainder.

Looking down the BBBofC rankings you can now see more former unlicensed fighters than ever before. The unlicensed scene is a lot stronger than it used to be however there is no official governing body keeping records for fights held and therefore it is impossible to determine how many fights someone has had nor their record as it goes based on what they tell you. The point in this is that they may be turning pro without being tested and will be found out early as professionals, regardless it is a route that is producing more and more professional boxers which is always a good thing.

I ventured into unlicensed boxing following 20 amateur prior to turning professional. Realising how ticket deals worked and that local amateur shows were few and far between I had 18 unlicensed fights to 1. Shake off some ring rust 2. I didn’t like headguards and 3. I needed to build up a fanbase otherwise going professional would be pointless unless I put all my eggs in one basket to make the GB squad which is very difficult.

So despite its numerous negatives which there are quite a few health and safety ones plus it can eat into ticket sales for professional shows which could do with the footfall, it gives fighters another way of turning over. Professional boxing as more routes to learning your craft than before in white collar, kickboxers turning over, unlicensed/semi pro, MMA guys turning over and most traditionally the Amateurs there are now numerous ways in which a fighter can get experience prior to being professional. Although the system they come from might not be ideal, their presence in the professional game is very much welcome.