Floyd Mayweather Vs Connor McGregor – Tale of the Tape 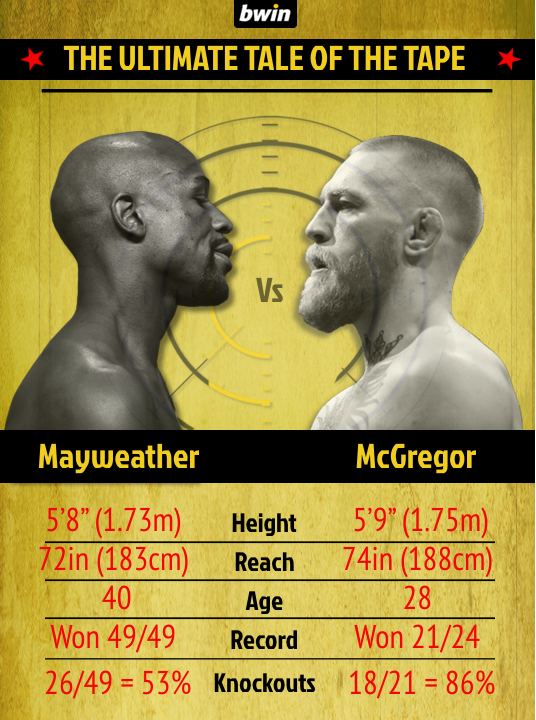 Mayweather vs McGregor is heavily tipped to be the biggest fight in boxing history, with guaranteed fireworks in the build-up between two of the biggest name in the world of sport.
A statistical analysis from bookmakers bwin reveals how Mayweather and McGregor compare, the weaknesses that both fighters should target, and who really is the money man in the ring. Will McGregor’s stamina hold up over 12 3-minute rounds? Will it need to, if Mayweather’s defence can be exposed by McGregor’s southpaw stance?
Topline stats from the tale of the tape from the two fighters’ last 10 fights are:
Exposing each other’s weaknesses:
Both men consider themselves to the biggest money men, and stats back it up: