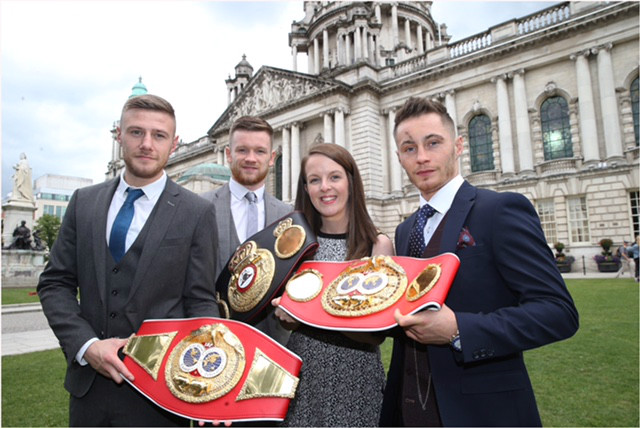 Ryan Burnett met the Lord Mayor of Belfast at Belfast City Hall yesterday – and vowed to bring huge shows to the city as the new IBF World Bantamweight champion.

Burnett landed the IBF strap with a brilliant performance against defending champion Lee Haskins at the SSE Arena earlier this month, and now takes time off to relax and allow the nasty cut he sustained from a second round head-clash to heal.

The 25 year old is aiming to return to his hometown for a first defence early in the new season and Burnett knows that there’s a target on his back now as a World ruler – and that’s something he’s relishing.

“I’ll move at the pace that Adam Booth and Eddie Hearn decide is right and take on anyone that they put in my path. Winning the title on my home patch was a dream come true and we can have some massive nights in Belfast now.”