Around and About with Tommy Dix: Masher’s dreams come true 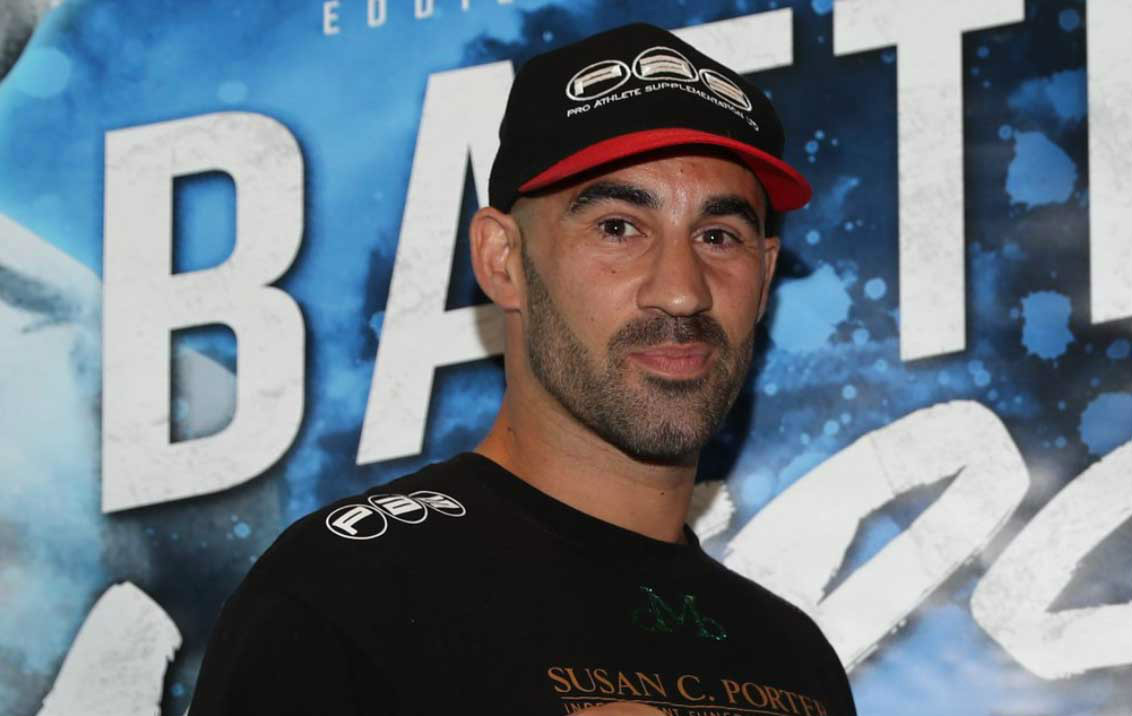 One of Sean ‘Masher’ Dodd’s dreams came true when he boxed at his beloved Tranmere Rovers’ Prenton Park venue and won the International Challenge Super light weight title in a pipe opener for the defence of his Commonwealth title at Liverpool’s Echo Arena on September 16th.

The promotion was really good value for money with the visiting boxesr playing their part to the full and the sportsmanship of the fans could not be faulted.

The show got underway with Brendan Kenwright who gained a 39 – 38 verdict over the resolute Danny Little who used his vast experience and clever evasive tactics to ensure that Brendan had to work hard for his victory. I was impressed with Kenwright’s work off the jab and this boy has promise and will be a good contribution to the super welter division.

Next up was a 4 x 3 min at super lightweight with Tom McGuinness gaining a 40 – 36 verdict over Michael Mooney. A score, though correct, did not give justice to Mooney’s contribution. McGuinness gave a very good account of his skill and talent working well off his jab, working well to the body, nice footwork an tight defence. Mooney played his part by going forward and replying when able to, a very pleasing contest for the fans.

Colin started out all business throwing combinations off his jab and his jab was not being used as a range finder it was being used as a hurtful weapon. Backhouse was not slow in joining in the fray and scored his share of points in a very good first round. However Colin Day’s tail was up and in the second round he realy applied the pressure. Though Steven did his best to ride out the storm the referee made an excellent stoppage after the second knockdown occured. Colin Day showed alot of promise.

Carrol has a variety of attributes needed in the sport to get to the top. His jabbing and combination punching is very good and he lets his hands go at the first opportunity.

Jamie Quinn, who I have seen on many occasions, once again showed clever defensive moves and countered with gusto. In fact though Ged was in command he had a resilient opponent who made him work his victory.

In the semi windup over 6 x 3 min rounds the fans witnessed a bout that will live in their memory by virtue of the devastating K.O. scored by Mark Evans over Stockbridge’s Ricky Starkey. This was a Liverpool local derby and both boys were really up for it. In the opposite corners were two old friends of mine, John Smith and George Schofield, this said it all for me. With both boys battling for turf rights in this super featherweight class both boys were trained to the minute.

Starkie went straight on the front foot jabbing and moving with purpose. Evans was only too pleased to meet him half way and both boys boxed as if being forced back was not in their dictionary or vocabulary. That does not mean that evasive tactics and defensive movements were not used, they were and both boys are well schooled. It was a great first round and in the second it looked as if Ricky was gaining the edge as he seemed to be boxing within himself and had caused reddening around Mark’s face and a nose bleed. Evans stuck to his task and scored when able in another excellent round.

Being old school I always look at the corners between rounds. John Smith and Ricky Starkie were so calm. In Mark evans’ corner I saww an old hand giving words of advice in a fatherly, knowledgeable way and what a transformation took place.

Evans came out as if his life depended on it and Starkie joined in. These boys matched punch for punch, however it was Evans who landed a telling right hand to Ricky’s head to send him down. He took the eight count and tried to box his way out of the onslaught, however at just after the 2 minute mark Evans found a left hook that separated Ricky from his senses before he went down. it was a devastating blow and the referee disposed of the count. Ricky received medical attention and was able to leave the ring under his own steam.

Next up was Birkenhead’s pride and joy, Masher Dodd vs Antonio Horvatic over 8 x 3’s.

Masher ended the bout in round three with the referee stopping proceedings after Horvatic’s third trip to the canvas in that round.

Stepping into the ring at his beloved Prenton Park you could tell Masher was out to make a statement.

Masher Dodd gave a wonderful display of controlled boxing and showed a great variety of punches off the jab. The shorter Horvatic tried to force his way inside to score his blows. Dodd was using the ring well and creating angles and was boxing within himself.

In the second round he opened up his arsenal and was hooking purposefully off his jab to head and body forcing two counts. Antonio Horvatic had no answer though try as he might to stem the tide.

The third proved the final round of this bout for the International Challenge Belt. Masher had seen all he wanted and needed to of his brave and gallant opponent and really went to work, punches to head and body sent Antonio for three counts. The referee had seen enough and Masher had won another title.

Also he had come out unscathed for his Commonwealth defence against Tom Stalker, what a derby that will be. Shades of Pat McAteer vs Billy Ellaway, Harry Scott vs Neil McAteer. What company Sean ‘Masher’ Dodd and Tom Stalker find themselves in.

Ten bells were struck in memory of that great Birkenhead boxer and larger than life character Robbie Davies, ex ABA champ and Olympian. Robbie will always be remembered for his great epic amateur battles with Cy Harrison and Joe ‘K.O.’ Lally. He also fought Joe when both were pro’s and again won an epic contest. As a professional Robbie’s name on a Liverpool Stadium bill would ensurefull house signs such was his swash buckling style with dynamite in his fists.

Many friends and famiily will miss Robbie, none other than Derek Ashcroft who coached Rocky when he started out. If ever a trainer and boxer were made for each other it was Derek and Robbie.

My last meeting with Robbie was when I was with my wife going to a Golden Gloves show. Robbie was at a bus stop in Chester with his son, that wonderful prospect Robbie Smith Jnr. I had a glove with me and both Robbie and Junior signed it. We took photos and talked about old times.

That glove is sacred to me. Though Robbie achieved much in boxing, the lasting laugh I have about him is when at the Montreal Olympic ceremony he asked Princess Ann ‘How’s yer Ma?’. Only Robbie would or could think of that!!

I mentioned prior to the Starkie vs Evans bout regarding the corners. Both John Smith and George Schofield are still doing sterling work in the corners. I rate George at the most underrated trainer in the game and what a cut man!

John Smith during his career went in with all the heavy iron. When Shea Neary had trouble getting bouts John Smith went in with the Shamrock Express twice. You name them, John Smith fought them. John Smith was as I named him in an article I wrote of him – the uncrowned hero of the hempen square.

George Schofield – there was a boy from Liverpool called Stan Atherton who had beaten Pat Cawdell an amateur and was figured to have a glittering career. George Scofield won in two rounds, he also boxed many great bouts at the old Liverpool Stadium and will never be forgotten for his KO off highly rated Brian Snagg in if my memory serves me right was the last time nobbins were thrown in the ring at the stadium.

Yes it’s lovely to see John and George in the game.