Dereck Chisora – Only Fools and Horses 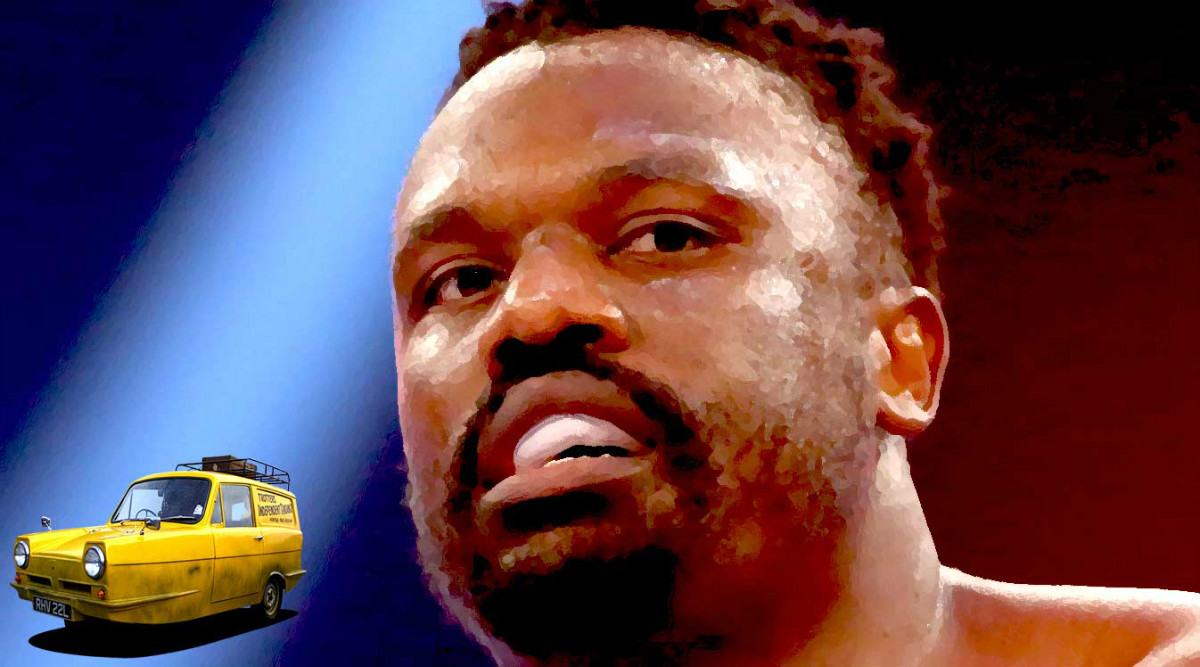 The theme tune to Only Fools & Horses played across the PA system in the Excel Arena, London, as a relatively unknown boxer made his way to the square ring. This was an undercard fight, with the main event being Amir Khan’s return to the ring against Fagan. His first fight since his defeat to Breidis Prescott. The classic sitcom theme tune came to an end and the MC announced the fighters; Neil Simpson versus Dereck Chisora.

The date was the 6th of December 2008, the winter after the summer ruined by the Wally with the Brolly, Steve McClaren. Dereck Chisora had come to my attention when he beat Sam Sexton in the June of the same year (perhaps I should thank McClaren for giving me the opportunity to watch more boxing during the summer!), a win he’d go on to repeat 2 years later for the British and Commonwealth titles. Chisora had a build which you’d struggle to describe as anything but flabby, but he clearly could fight. Which, in all honesty, is a trait you don’t often see with heavyweights called to the ring 5 fights before the main event. That said, on reflection the card that night was actually a very good line up. Chief support Audley Harrison v Martin Rogan, who, at the time, was still a taxi driver in Dublin. Nonetheless, he still went on to outpoint the 2000 Olympic Champion in a 10 round contest. Before that was Enzo Maccarinelli, his first fight after losing his world title unification to David Haye. Earlier in the evening, and the reason I was in attendance, future world title challenger, Jamie Cox beat the late Ernie Smith. As well as the three Walsh brothers; Michael, Ryan and recent world title challenger Liam. There’s a lesson for all of us here. Always take the time to watch the undercard! Needless to say, Chisora went on to win the fight comfortably and I had a new boxer to keep tabs on and see how their career developed.

In the coming years and having knocked out Danny Williams and beating Sam Sexton for a second time, Dereck Chisora had a chance to win the British title outright. Unfortunately for him his opponent was, in my opinion the most underrated Heavyweight of all time, Tyson Fury. Chisora went on to lose a 12 round unanimous decision to Fury but, by way of fate or luck, managed to have an attempt at a world title in 2012, three years before Fury finally got his opportunity in 2015. However, before his world title chance came, he needed to get a win under his belt. This came in the form of a points win against journeyman Remigijus Ziausys, in Halifax. From this point on Chisora’s career moves up a level, or two, or even three.

Next up was Robert Helenius, for the vacant EBU and various inter-continental belts. The result of this fight was on the same level as Martin Murray v Sergio Martinez in Argentina, in terms of a robbery even Ronnie Biggs would of been impressed. This thankfully was recognised by most governing bodies, and Chisora was effectively rewarded with his world title shot against Vitali Klitschko. Who, by the way, was by far the better boxer out of the two brothers, despite the recent loving for Wladimir after a spirited performance against untested Heavyweight Champ, Anthony Joshua. Seriously, does no one remember Tyson Fury toying with Wlad for 12 rounds? I mean he went to Germany, had a point deducted and still beat him! Sorry, I’ve got sidetracked, but it’s common sense people.

Chisora clearly lost the fight to Vitali, but he performed extremely well and built up some respect in the boxing community. Unfortunately, having slapped and spat his way through the pre-fight press and then the infamous handbags with David Haye at the post fight conference, It was inevitable that a ban would follow. It turned out, thanks to the Luxemburg Boxing Board and Frank Warren, to be a fairly short ban. In fact, just 5 months later, I attended the overhyped fight at Upton Park, with David Haye.

The fight with Haye grabbed a lot of attention. Haye hadn’t fought in 12 months after breaking his toe and losing his unification fight against Wlad in Germany. As usual Haye was trying his best to stay relevant and after the press conference fight in Germany and a war of words, the fight was on. A summary of the night is as follows; it pissed down with rain, Andy Murray got booed every time his face appeared on the big screen and Chisora got knocked down and out in the 5th round.

This meant Chisora had lost his last 3 fights. And I believe, in a nutshell, these 3 fights summarise Chisora’s career very well.

Helenius: A great performance which suggests he is of European level and with the right opponent a potential World Champion, but is robbed on the night.

Klitschko: A decent performance against a far superior boxer, but ultimately remembered for what happened out of the ring.

Haye: A lacklustre performance against a powerful but fairly untalented ‘boxer’ leaving you with the impression that he isn’t world level.

This pattern continues throughout his career. Good wins against Malik Scott and Kevin Johnson, war of words with Tyson Fury and then a performance that looked as if he’d not bothered with a training camp. He follows this up with 5 wins in row and appears to have his focus back and takes on Pulev, in Germany for the EBU belt. This he loses by a split decision and, even his biggest fans, begin to believe he’ll never get the break he needs at the top level.

Moving on, after winning in Sweden, Matchroom put Chisora and Dillian Whyte together for a Domestic Dust-up. This would go on to be recognised by many as the UK’s fight of the year 2016. This fight really should, in my opinion, have been scored as a draw. However, for me, it was one of those fights that if it went either way or split down the middle, I couldn’t complain. There was the usual school kid stuff in the warm-up with Dereck throwing tables and claiming he was the baddest man in the world. Which, on reflection, is maybe just something that we need to accept is part of the package that comes with Chisora. There won’t be a re-match, there’s no point in holding Whyte back from a potential title shot by putting him against Chisora again. Hearn knows a re-match is a fight that Whyte could lose, that would mean he’d need another 3 or 4 fights to get back to being a world title contender. A shame for Chisora, he’d have more chance of a re-match if he’d underperformed in the fight last December.

So, where next for Chisora. Will he get another chance at World or even EBU level? He’s in a very awkward position, wherein he’s too good for a title holder to risk taking him on in a voluntary fight, and not quite good enough, at the moment, to get himself in a mandorary position. For me, I’d like Chisora to get a re-match against Helenius, ideally as chief support on big Hearn or Warren card. Maybe even with Hennessy on the Fury card in September. Failing that, if Hatton can get Lucas Brown over to the UK, I’m sure that’ll be an ideal fight for both boxers to take, which will boost both their rankings sufficiently.

Overall the career of Chisora has been exciting, controversial and frustrating. He hasn’t ever shied away from any challenge, he’s, more often than not, performed well at all levels and, most importantly, he’s entertaining. I’m intrigued to see where he goes from here and look forward to seeing him finally getting the luck he deserves in a close fight. Maybe the entrance music needs to go full circle and this time next year, he’ll be a millionaire.