Jason Welborn Crowned British Champion in Battle of the Baggies 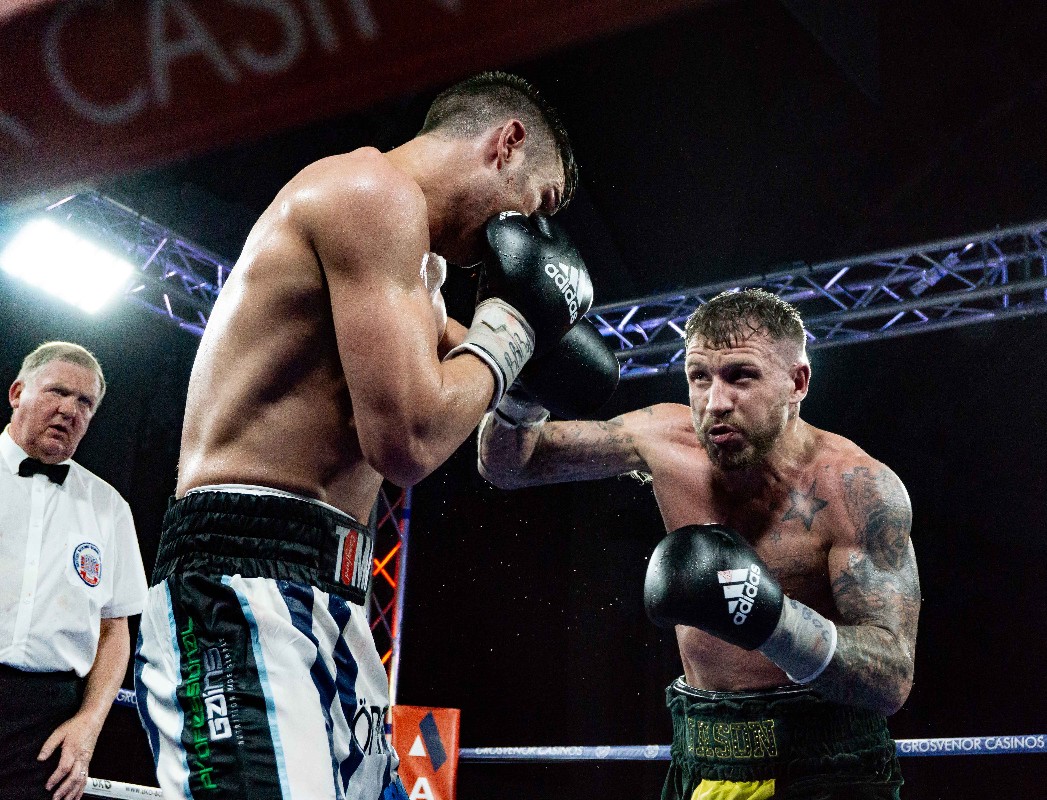 The duo – both West Bromwich Albion fans – gave everything they had in a Fight of the Year contender on BCB Promotions’ latest sell-out show.
In front of a jam-packed crowd it was Welborn who started the brighter, closing the camp and attacking Langford with concerted pressure. He rocked the Champion in the second with referee, Terry O’Connor, giving Langford a standing eight count.
Welborn – out at 7/1 before the fight began with Langford a heavy 1/18 favourite – continued to pour forward but Langford, rather than box at range and use his undoubted skills, chose to engage which played into the challenger’s hands.
The mid rounds were Langford’s as Welborn stepped off the gas a little but the challenger came back strong in the Championship rounds to win a split decision.
Elsewhere on the card there were wins for Rowley Regis’ Midlands Area Middleweight Champion, Tyler Denny, Walsall’s Rachel Ball, Birmingham pair Kane Baker and Shake Thompson, Doncaster’s Dave Allen and Swadlincote’s Ross Hollis