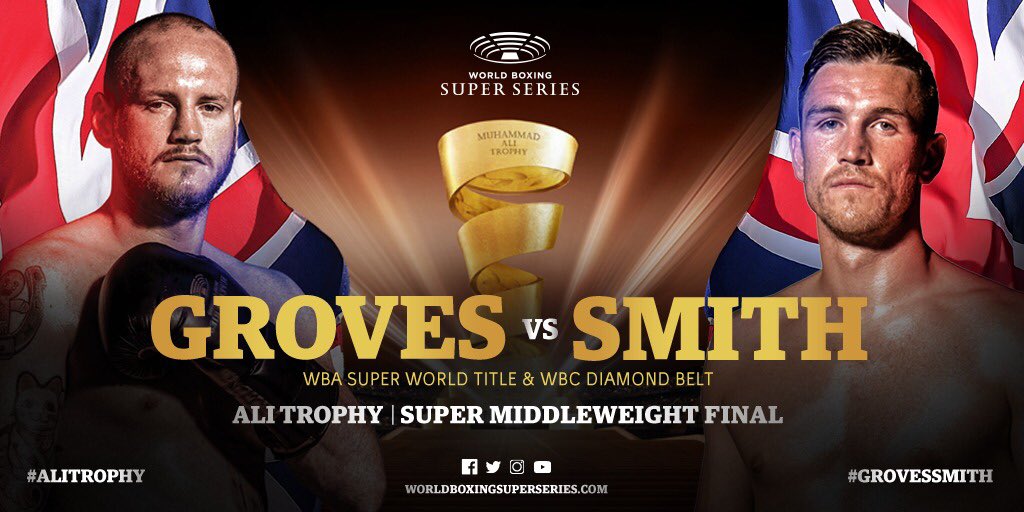 British boxing fans have been purring in the hope of a clash between George Groves and Callum Smith, the two best super-middleweights in the country and two of the best in the world.

Both made their way to the final of the World Boxing Super Series, but after a shoulder injury suffered by Groves in his semi-final win against Chris Eubank Jr in February, it looked like the dream final wouldn’t go ahead. The tournament’s backers were anxious to stage the final before the autumn when a new round in the multi-weight tournament will begin.

But after Groves was recently declared fit to fight, it is now on after the organisers Sauerland Promotions agreed to move the final to accommodate the all British dust up.

To confirm the #WBSS Final will be for the inaugural #AliTrophy as well as the WBA and WBC Belts #WinnerTakesItAll https://t.co/VVWjoF1atT