Dennis Wahome credits his team ahead of Saturday’s fight 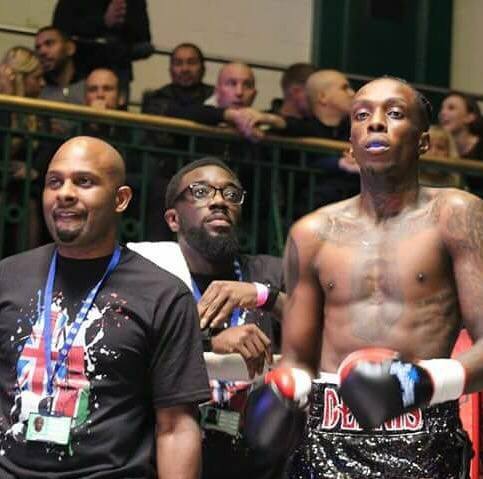 Lightweight Dennis Wahome admits he is grateful for the opportunities he has been provided in the last 12 months as he prepares for his final outing of the year.

He has already overcome Jamie Quinn and long-standing Southern Area champion Jamie Speight this year despite missing much of the year due to injury.

Now sitting with an immaculate record of three fights and three wins, he has paid tribute to his manager and team for being patient.

“My manager/promoter and staff along with my team have been really patient with me and for that I will always be grateful,” he said.

“Literally the only negative for me this year has been injury and that is something I know I can work on.

“I am really hopeful that in 2019 I can get some titles to repay them, I am so happy with the path my career has taken so far as I said earlier, apart from injuries it really couldn’t have gone better.

“You hear a lot in boxing about managers and promoter and how you should really choose carefully but I couldn’t speak highlighly enough of the team at Goodwin; they have been great!

Wahome is looking to put on another stellar performance this Saturday and reckons that he has such trust in coach Xavier Miller his job is as simple as just turning up.

He continued: “If I am honest my coach Xav will deal with the opponent and what to look out for, what is going on at the end of the rounds.

“Xav deals with everything like that, my job is to just turn up and reproduce what we have been working on in the gym.

“He always tells me about the importance of the basics when you are building your record up, to stay behind the jab, be sensible. It’s how its been at the start and how I will always have it.

“I am not going to run before I can walk, but I have so much trust in my team and everyone around me that I think it’s only a matter of time before we start challenging for belts.

“If you are there on Saturday, enjoy the show, I hope the dedication and work I have put in really shows in the ring and everyone has a great Christmas and New Year.”